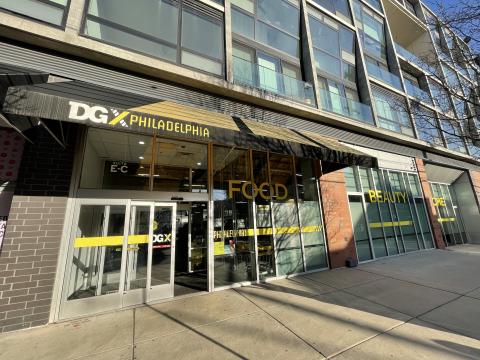 Dollar General announced several new promotions on March 30 that position the company for its next stage of growth.

Rod West has been promoted to SVP, distribution. He joined DG in 2005 as VP of process improvement where he led initiatives in finance, merchandising, store operations and supply chain. In 2019, West took on the role of VP of perishables growth and development leading the DG Fresh initiative from concept through design and to implementation. Previously, West played vital roles in several key initiatives in procurement, the company’s Save to Serve cost reduction initiative and the on-shelf availability initiative in retail. Additionally, West led the retailer's African American employee resource group (AAERG) as executive sponsor from 2010 to 2013.

Jeff Vaughan has stepped into the role of VP, channel innovation. Vaughan joined DG in 2012 as a demand chain management analyst. Since that time, he has tackled roles of increased responsibility, most recently as VP and merchandise manager in consumables.

Pooh Vichidvongsa has been promoted to VP, division merchandise manager. During her 13-year tenure, Vichidvongsa has held a variety of roles in growing responsibility. She started her DG career as a pricing analyst and most recently helped drive the success of DG’s Non-Consumables Initiative.

Angela Martin has been promoted to VP, customer insights and branding. Her continued duties include leading customer insights and branding efforts. With more than 30 years of DG experience, Martin is a proven leader who brings a strong passion and intimate knowledge of the brand. She continues to create insights into both the retail landscape, as well as the evolving needs and wants of DG customers.

Shareeka Meadows has been promoted to VP, division merchandise manager. She has been instrumental in the success of the apparel division since joining DG in 2012. Her work in the past year includes providing customers and employees alike with access to PPE during the ongoing COVID-19 pandemic. Meadows also recently served on the company’s Diversity and Inclusion Council, which was responsible for updating the company’s fourth operating priority, and currently serves as president for DG’s AAERG.

Nick Snow has been promoted to VP, decision science and analytics. In this role, Snow will be responsible for analytical and decision-making support within various internal departments. This responsibility will include behavioral science, pricing strategy, macro trend and forecasting analytics for the organization. Since 2004, Snow has held various roles of increasing responsibility within various functions of the business.

Melissa Heisse has been promoted to VP of lease administration. Heisse has held a variety of roles in growing responsibility and most recently served as senior director, lease administration where she has led the lease renewal rent reduction initiative since its inception more 10 years ago. She also leads asset strategy planning and, as well as ensuring compliance with all lease requirements.

Denine Torr has been promoted to VP, corporate social responsibility/philanthropy. She brings more than 20 years of DG and corporate philanthropy experience to the position. Torr conceptualized and created the Employee Assistance Foundation, which has awarded more than $10 million in financial assistance to co-workers during their time of need since its inception in 2005. Torr also helped the Dollar General Literacy Foundation grow from an externally handled Foundation with annual grant distributions of $250,000 to an actively managed foundation with over $16 million in distributions as of 2020. She currently serves as chairperson of the board for Governor’s Early Literacy Foundation and on the board of directors for the American Indian College Fund and the Barbara Bush Foundation for Family Literacy. In addition to her philanthropic responsibilities, Torr will be responsible for coordination of DG's social responsibility activities and initiatives, as well as the annual Serving Others Report and other related disclosures.

“We prioritize employee growth and development because it allows us to live our mission of serving others in the communities we call home and bring to action our fourth operating priority of ‘Investing in Our Diverse Teams through Development, Empowerment and Inclusion,’” said Todd Vasos, Dollar General CEO.

DG's 2021 plans for expansion include opening 1,050 stores, remodeling 1,750 locations and relocating 100. The retailer is currently constructing a first-of-its-kind dual-purpose distribution center measuring 800,000-square-feet in eastern Nebraska that will handle general merchandise and provide another location for the expanding DG Fresh distribution network.

Goodlettsville, Tennessee-based Dollar General operates more than 17,000 stores in 46 states, employing approximately 140,000 associates. The company is No. 16 on The PG 100, Progressive Grocer’s 2020 list of the top food and consumables retailers in North America.