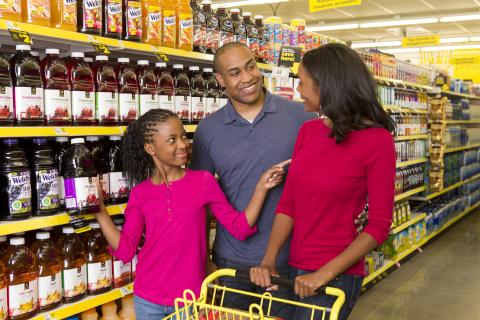 Dollar General is ramping up its strategy to attract more beauty shoppers, especially multicultural consumers, with a new event.

The discounter is hosting a beauty event called 2021 Days of Beauty that will be free and virtual and held over six days, from March 15 to March 21, to customers across the country.

The Days of Beauty event aims to celebrate multicultural health, beauty and wellness and will offer tutorials and seminars on textured hair products, makeup and wellness items. Leading the festivities is actress and model Meagan Good, as well as more than 15 beauty influencers with online presentations including textured hair, nail and makeup tutorials, beauty discussions and more.

“At the end of the day, [beauty] is really about self-love and when you look in the mirror, it’s not just seeing your face, it’s about seeing your soul and choosing to love yourself, even when you don’t feel worthy,” Good said.

The event will be streamed live on the DG Beauty Instagram page (@DollarGeneralBeauty), and on Dollar General’s YouTube channel.

Dollar General has been focused on beauty exclusives as it and other retailers see success in siphoning away shoppers from beauty purveyors such as Ulta Beauty or drug chains.

In other DG news, last month media reports indicated that the retailer has begun the process of identifying a potential successor to CEO Todd Vasos.

Although no decision has been made regarding when Vasos will leave, Reuters reported that Dollar General has entered into talks with headhunting firms and is looking at candidates. The company is also considering executives within its own organization and will compare the performance of its top executives against those at competing retailers. Dollar General COO Jeff Owen is said to be one of the executives under consideration.

A company spokesman told Reuters that Vasos hasn’t revealed any plans to leave Dollar General after his contract ends this June, adding that planning for a potential leadership transition was “merely good governance.” Vasos’ contract renews automatically every June unless it’s terminated or renegotiated.

“We have been speaking with management consulting firms related to executive development programs and as part of our succession planning process,” the spokesman noted. “We have not entered into a contract with any such firm to date.”

During his tenure at Dollar General, Vasos has added more fresh produce to the retailer’s in-store offering, rolled out various private-brand product lines, and established more distribution centers to supply its stores with dairy items, deli meats and frozen foods, among other undertakings. The company has also joined the Beyond the Bag initiative to identify innovative replacements for the single-use plastic bag.

Goodlettsville, Tennessee-based Dollar General operates nearly 17,000 stores in 46 states, employing approximately 140,000 associates. The company is No. 16 on The PG 100, Progressive Grocer’s 2020 list of the top food and consumables retailers in North America.