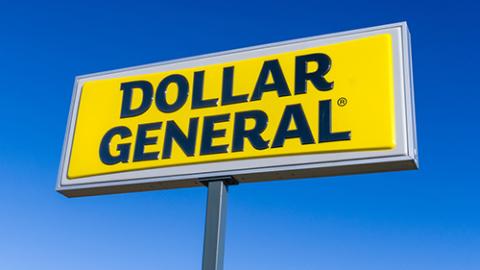 Dollar General's efforts to gain market share in food and consumables have taken an interesting turn in an unlikely location. The company is constructing a first-of-its-kind dual-purpose distribution center in eastern Nebraska that will handle general merchandise and provide another location for the expanding DG Fresh distribution network.

The combination dry and DG Fresh distribution center in Blair equates to an approximately $85 million investment in Nebraska's Washington County. At full capacity, the 800,000-square-foot facility is expected to create 400 jobs and support more than 1,500 stores in the Midwest.

At the end of Dollar General's most recent fiscal year, the company operated 128 stores in Nebraska and another 1,113 stores in the four states (Kansas, Missouri, Iowa, South Dakota) contiguous to Eastern Nebraska that are likely to be served by the new facility.

“We are excited for the addition of our first-ever ground-up dual distribution center, which is to be built in Blair, and look forward to expanding our mission of Serving Others in the Midwest,” said Mike Kindy, Dollar General’s EVP of global supply chain.

The Nebraska announcement supports Dollar General’s strategic multiphased shift to self-distribution of frozen and refrigerated products such as dairy, deli and frozen products.

In August, the company revealed three new DG Fresh cold storage facilities slated to open in Bowling Green, Kentucky; Ardmore, Oklahoma; and West Sacramento, California. The facilities in Bowling Green and Ardmore are 160,000 square feet, and the West Sacramento facility is 200,000 square feet. At full capacity, each of these DG Fresh facilities is expected to create approximately 65 new jobs and support approximately 1,500 stores.

Goodlettsville, Tennessee-based Dollar General operates 16,720 stores in 46 states, employing approximately 140,000 associates. The company is No. 16 on The PG 100, Progressive Grocer's 2020 list of the top food and consumables retailers in North America.