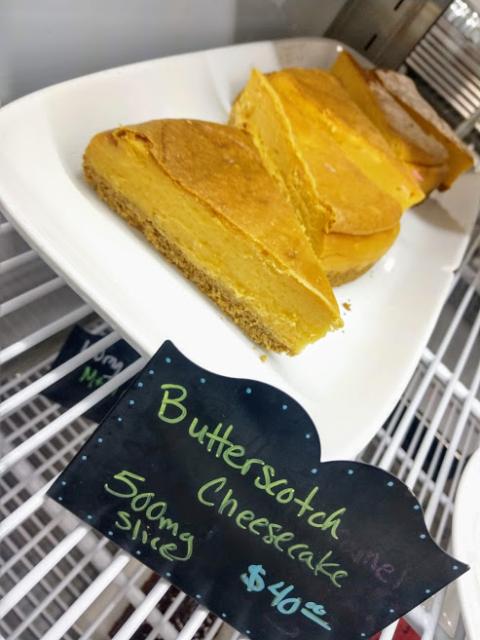 Grocers, how would you like to sell pizzas for $75 apiece?

The day may come when you can, though Raul Molina doesn’t expect it anytime soon. Molina is already selling pizzas for that price, along with burgers, wings and other fresh-prepared foods offered in his café.

Molina is a partner at Mint Dispensary in Tempe, Ariz., where a chef-driven kitchen creates cannabis-laced munchies for state residents with prescriptions for medicinal marijuana. To Molina’s knowledge, it’s the only such cannabis kitchen in the United States.

“Last year, we prepped 300 pizzas for Super Bowl Sunday. We ran out by 11 o’clock,” Molina told me during a recent tour of his establishment, a week before the big game. This year, they planned for 500 pies.

The menu selections – which must be consumed at home, not on site – range in price from $7.50 for a mixed green salad with 25mg of cannabis extract in the dressing, to $75 for a pizza (the café’s top seller), burger, wings, mac & cheese, or wrap sandwich with a maximum dose of 1,000mg. Lower doses are priced on a sliding scale; cheese fries and tater tots top out at $17 for an order with a 100mg dose.

Most sales are for menu items with doses in the 100-250mg range, Molina noted, with higher doses requested mostly for special occasions.

The 12,000-square-foot dispensary also sells pre-packaged edibles, like cookies and gummies, along with pre-rolled marijuana cigarettes and bulk cannabis grown on site. So why offer food from scratch? Because for some patients, joints and sugary treats are no-nos.

“We heard from older folks who didn’t want to start smoking again but also had diabetes so they didn’t want more sugar,” Molina explained.

So in 2018, the dispensary invested $700,000 in the three-month project to construct the all-stainless open kitchen, which creates a full hot food menu, including vegan options, as well as an assortment of baked goods, with a gelato and coffee bar in development.

A team of six chefs work in Mint’s kitchen, which has attracted the attention of chefs from fine-dining establishments in the Phoenix area. “We get high-end chefs who want to play with cannabis,” Molina told me.

Molina explained that recipes are developed first before the cannabis is worked in, usually as a butter, sauce or glaze. “Anything fatty will hold the oil well and mask the taste,” he said, noting how cannabis oil in the kitchen is kept in portioned cups to provide correct doses based on specific orders.

In March, the dispensary plans to launch a line of cannabis-infused salad dressings, condiments and sauces, including ketchup and hot sauce. The kitchen already offers cannabis-infused garlic herb butter, a response to patients’ requests.

While CBD products (which contain elements of cannabis minus the hallucinogenic THC) are rising in popularity elsewhere, at Mint Dispensary they represent a tiny fraction of sales, and Molina predicts CBD sales will drop off in any market where full-on cannabis becomes legal.

Meanwhile, Molina doesn’t anticipate THC products being sold in grocery stores anytime soon – “it’s maybe 25 to 30 years away,” he asserted – depending on where and to what extent the use of cannabis becomes legal. Cannabis has been legal for medicinal use in Arizona since 2010; a 2016 ballot initiative to legalize recreational use failed, but supporters are renewing their efforts, with eyes on the November 2020 election.

Grocery retailers continue to ramp up their offerings of restaurant-quality prepared foods as a meal solution option for consumers. Many also operate pharmacies, some even health clinics. Combining these core competencies with the legalization of cannabis presents significant sales potential.

At Mint, the kitchen is a top draw; Molina says lines are out the door on weekends and hot food is a huge sales driver.

Grocers know food and they know wellness. They should consider embracing cannabis beyond the safe confines of CBD products, if the opportunity presents itself.