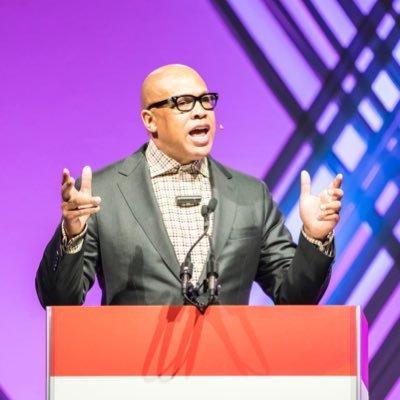 The National Grocers Association (NGA), the trade association representing the independent supermarket industry, will welcome chef, author and Food Network television personality Jeff Henderson, known as “Chef Jeff,” as the keynote speaker for the 2021 NGA Show, scheduled for Sept. 19-21 at the Paris Hotel and Casino in Las Vegas.

The opening keynote session is sponsored by The Kraft Heinz Co., a longtime supporter of Washington, D.C.-based NGA and the independent supermarket industry.

“Chef Jeff’s life story that took him from prison inmate to renowned executive chef and Food Network TV personality, and his passion for helping at-risk youth transform their lives, is the right message at a time in our nation when many of our youth face barriers to success,” noted NGA President and CEO Greg Ferrara. “As our industry comes together for the 2021 NGA Show to celebrate the Supermarket Superheroes of the food industry, Chef Jeff’s powerful story will provide strong inspiration and maybe a different perspective to help us be better in our everyday lives.”

Born in California, Henderson discovered his love for cooking while serving nearly 10 years in federal prison. After he was released in 1996, he worked his way up from a dishwasher to a cook under the mentorship of Chef Robert Gadsby in Los Angeles. Following stints at the Coronado Island Marriott, Hotel Bel-Air and L’Ermitage Beverly Hills, Henderson made history as the first African-American chef de cuisine at Caesars Palace, where he was also named Las Vegas Chef of The Year and then executive chef at the renowned Café Bellagio.

Produced and managed by Clarion Events as part of the Food & Beverage Group in partnership with NGA, the NGA Show connects supermarket retailers and wholesalers, food manufacturers and service providers from around the world to share innovative solutions and best practices that support and strengthen the independent supermarket channel.

According to NGA, the independent grocery sector is accountable for about 1.2% of the nation's overall economy and is responsible for generating more than $250 billion in sales, 1.1 million jobs, $39 billion in wages and $36 billion in taxes.