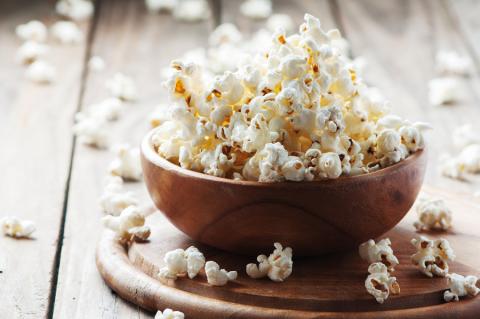 It’s no secret that consumers’ eating habits are changing, and snacks are increasingly supplanting meals. According to a recent Progressive Grocer/Prodege survey, two-thirds of consumers indicated that they snacked at least once a day, with men slightly more likely than women to snack at least once per day, 69 percent compared with 63 percent.

Not surprisingly, older consumers were the least likely to snack every day, at 58 percent for Baby Boomers and 54 percent for Mature/Greatest Generation. Conversely, the generations most likely to snack at least once a day were older Millennials, at 74 percent, and Gen X, at 72 percent, according to the Progressive Grocer survey.

When it comes to replacing meals with snacks, 15 percent of consumers indicated that they do so often or very often, according Progressive Grocer’s data. Again, younger consumers are most likely to engage in this behavior: More than a quarter of younger Millennials indicate that this is common practice for them, the most of any age group. Boomers were the least likely age group, with only 10 percent indicating that they often or very often replace meals with snacks. 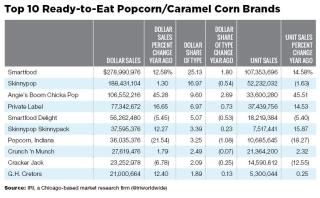 More than half (56 percent) of consumers who responded to the Progressive Grocer survey indicated that they purchase nutritional bars, including granola bars, as their snack of choice. According to Chicago-based IRI, snack/granola bars hit $5.28 billion in sales for the 52 weeks ending May 20, an increase of 2.7 percent compared with the previous year.

When it comes to breakfast bars, the second most commonly replaced meal, sales were $1.61 billion, IRI found, with unit sales increasing 2.77 percent from the previous year.

One snack category seeing a lot of growth is ready-to-eat popcorn/caramel corn. That’s not surprising, since many manufacturers are introducing new flavors and varieties. For example, Simply7 has partnered with chef Giada De Laurentiis to introduce a line of artisan popcorn that’s low in calories and fat. Ready-to-eat popcorn sales hit $1.1 billion in sales for the 52 weeks ended May 20, according to IRI — an increase of 4.5 percent compared with the previous year. Unit sales also saw an increase of 4.3 percent over the previous year.

In Progressive Grocer’s survey, more than half (58 percent) of consumers indicated that they purchase popcorn, with more women (62 percent) buying than men (54 percent). With the exception of younger Millennials, nearly an equal percentage of consumers buy popcorn across all age groups. Almost two-thirds (62 percent) of older Millennials purchase popcorn, followed closely by Gen X, at 61 percent; Baby Boomers, at 59 percent; and Mature/Greatest Generation, at 57 percent. Younger Millennials bring up the rear, with only 43 percent indicating that they buy popcorn.