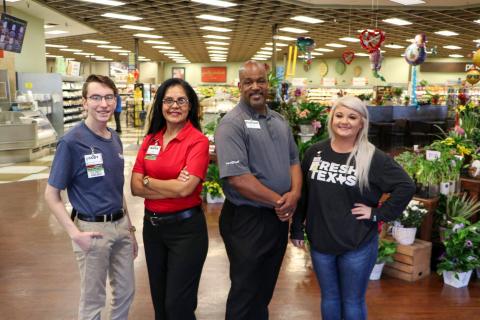 In part a thank-you to existing employees and as a way to differentiate itself in an increasingly tight labor market, Brookshire Grocery Co. announced that it is raising wages for nearly 13,500 of its approximately 16,000 workers.

The wage increase represents a $33 million investment by Brookshire Grocery, which operates more than 180 stores in three southern states. Leaders of the family-owned business decided to make the extra dollar per hour pay from the COVID era permanent and also boosted wages for several retail positions, including those in the bakery, deli and market areas and in logistics. Workers in most hourly jobs will now be paid at a minimum rate of $11 an hour.

“We are so incredibly grateful for everything our partners do to serve our customers and communities. Investing in our people is the best thing we can do as a company,” said Brad Brookshire, the retailer's chairman and CEO. “This is the largest investment in wage increases in BGC’s history and is a result of everything our incredible team of employee-partners has accomplished in the last 15 months. We are proud to be able to make the appreciation pay permanent and make further adjustments in wages for our employee-partners in the future.”

At the same time, Brookshire Grocery touted other advantages in working for the company. Those benefits include health coverage, paid time off, stock ownership, 401K retirement plans and more.

Brookshire Grocery Co. is a regional family-owned grocery business operating more than 180 stores in Texas, Louisiana and Arkansas. Its banners include Brookshire’s, Super 1 Foods, FRESH by Brookshire’s and Spring Market. The company is No. 62 on The PG 100, Progressive Grocer’s 2021 list of the top food and consumables retailers in North America.