Founded in 2013, Boxed aims to recreate the treasure-hunt experience of a traditional club grocery retailer

Fast-growing online grocer Boxed has teamed up with department store chain Century 21 to introduce a curated assortment of beauty and apparel products.

The assortment will include brands such as Bare Minerals, Calvin Klein, Polo Ralph Lauren, Adidas and Ray Ban. This is Boxed’s first foray into apparel and cosmetics.

"Century 21 Stores is thrilled to partner with Boxed to bring our incredible designer brands at amazing prices to their audience who love online shopping convenience and value quality goods above all else," said Isaac Gindi, EVP of New York-based Century 21 Stores. "It's exciting to provide a new way to shop a range of Century 21 products for our loyal customers alongside their day-to-day items that they know and love on Boxed."

News of the partnership comes shortly after Boxed revealed in July that it had hired former Amazon executive Prentis Wilson, who led Amazon Business’ growth to $10 billion in annual sales volume, as Boxed's first president.

In May, Boxed announced that it was joining forces with Lidl to bring online ordering and Boxed Express on-demand delivery to select Lidl locations.

One of the leading startups in the grocery business, New York-based Boxed has raised $250 million in funding. The company has been the subject of acquisition rumors, and reportedly rejected Kroger’s $400 million purchase offer last year, while holding preliminary talks with Amazon, Target and Costco, according to Bloomberg. 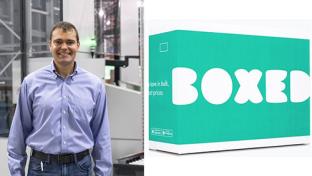 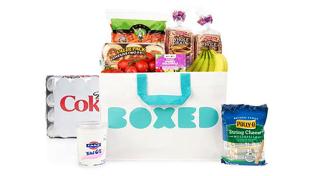 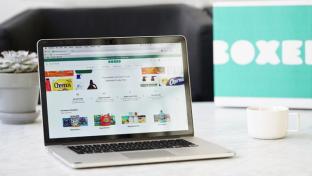 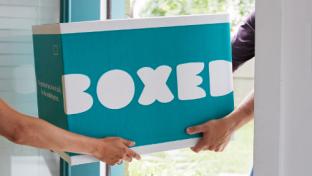 Aeon Co. led the round, which raised $111 million