Suppliers are moving to the forefront in produce departments as they brand an increasing portion of their product.

Over the past five years or so, supplier produce with catchy brand names has fought for space with unbranded and national company-brand produce. When supported by national advertising and display space in store, supplier-brand sales have taken off.

There’s a shift going on in the produce department as these items fight for space.

Wonderful Halos and Pistachios have brought change to produce departments by providing customers with high-graphic in-store point-of-sale displays, including bin bases, posters and balloons, allowing these supplier brands to build eye-catching displays, according to Adam Cooper, SVP of marketing for The Wonderful Co., based in Los Angeles. “We have also changed the produce department by expanding produce purchase opportunities to other departments,” he notes. Wonderful Citrus is the leading grower, shipper, packer and distributor of citrus in North America.

As far as Wonderful Pistachios go, plant-based protein retail display bins have rolled out at point of purchase. The pistachios offer a plant-protein-powered snack to consumers, Cooper observes. The company expects the POP display to give retailers a lift in sales and propel the campaign through 2020. Wonderful no-shell pistachios are advertised nationally.

Wonderful’s latest introduction is Wonderful Seedless Lemons. This naturally seedless, non-GMO Project Verified lemon is available in limited supply through May 2020, packaged in 1- and 2-pound bags. Seeds are eliminated for baking, cooking or squeezing. According to a third-party survey of lemon buyers, commissioned by The Wonderful Co., 83% say that they’re likely to purchase a seedless lemon, and 81% believe seedless lemons would be more convenient.

Sumo Citrus, based in San Francisco, offers one of the largest and sweetest mandarins for a few months each year beginning in January, according to Sunnia Gull, director of brand management.

The fruit is a hybrid derived from pomelo, navel and mandarin oranges, so it’s very different in its look and taste, she notes. According to the company, Sumo Citrus appeals to “a super-passionate Millennial consumer that supermarkets are trying to reach.” Ripened on a tree that has been hand-pruned, and then handpicked and hand-packaged, Sumo is a sensitive fruit.

Easy to peel, large, seedless and a “no-mess experience” for on-the-go snacking, the non-GMO, seedless variety was originally cultivated in Japan in the 1970s. It became known as the “dekopon” in its home country because of its topknot, which is reminiscent of a sumo wrestler — hence its Western name.

Only a handful of farms in California supply the United States with this difficult-to-grow fruit. Extra efforts are taken to ensure that the fruit isn’t bruised. The Sumo must pass several standards before going to market. As the company says, “Call it big, call it delicious, just don’t call it an orange.”

Stemilt has long been the source of crispy, juicy apples for produce departments. The supplier/grower has some signature apple varieties that are either grown and supplied outright, or that are part of a club that grows/supplies the fruit, according to Brianna Shales, senior marketing manager for Wenatchee, Wash.-based Stemilt. “Our signature varieties are Rave apples, SweeTango apples and Piñata apples,” Shales adds.

Each branded apple has its own characteristics, such as Rave, a Honeycrisp cross and the first apple harvested in Washington state in late July. Shales notes that retailers can jump-start their apple season with a premium apple like Honeycrisp during a time when that apple is hard to come by. “It truly helps build new sales to the apple category,” she observes.

SweeTango is also a Honeycrisp successor. “We grow ours for the West Coast region, but there are other growers in Michigan and New York, so it is available nationwide,” Shales says. She recommends featuring the apple during early fall and winter.

Piñata is an heirloom apple. “It is the only true new apple with culinary appeal,” Shales asserts. The bi-colored apple with high sugars and acids plus a tropical finish is promoted with a tropical theme on boxes. Rave, SweeTango and Piñata are all exclusive to Stemilt.

“The apple category is filled with new flavors and names, so it’s important that club apples stand out to shoppers, and retailers give customers information about the fruit, so that they give it a try,” Shales suggests. Sales of club apples are regulated, and only members can grow and sell them.

Yakima, Wash.-based Proprietary Variety Management recently introduced Cosmic Crisp, a club apple developed after 20 years of study and research by Washington State University’s tree fruit breeding program. A cross between Enterprise and Honeycrisp, the apple is naturally slow to brown when cut and maintains its texture and flavor in storage for more than a year. The name, Cosmic, was chosen because of the apple’s starburst-like pattern on the surface, “resembling the cosmos,” in the company’s words. “Crisp,” meanwhile, comes from its ancestor, Honeycrisp. Displays of this apple are already in stores.

The Cosmic Crisp is also a club variety. After obtaining a license, it can be planted anywhere in Washington state. Beyond the orchard, licensing is required at several points. Production facilities, sales organizations and importers are required to hold a valid license to handle Cosmic Crisp.

Many suppliers regard what they do as assisting customers in finding responsibly grown produce.

Irvington, N.Y.-based BrightFarms is a good example of this. “We give more people access to the freshest, tastiest, cleanest, most responsibly grown produce available,” according to the supplier’s website. “Why do we do it? For the health of all people, and our planet.”

BrightFarms is the leading supplier of locally grown salads for supermarkets. Its largest greenhouse opened in January 2020 in Pennsylvania; across 280,000 square feet, BrightFarms will grow more than 2 million pounds of fresh local produce year-round. The next greenhouse is planned for North Carolina.

BrightFarms has three new greens varieties for 2020. Fresh Kick is a mix of peppery, spicy and zesty greens, including mustard greens, which have a horseradish or almost wasabi-like flavor. Happy Beet features beet greens, which grow on the top of beets. BrightFarms harvests these beet greens at baby leaf size, when they’re sweet and juicy. The supplier says that even those who aren’t fond of beets will like Happy Beet. Sunny Crunch looks like a leafy green but eats like iceberg lettuce. It’s light, crispy and crunchy — perfect for a salad aimed especially at kids.

Wenatchee, Wash.-based grower/supplier Stemilt is joining with the Produce for Better Health Foundation (PBH) to create the produce industry’s first pop-out merchandising display featuring the Have A Plant consumer call to action. Brentwood, Mo.-based PBH is a nonprofit national organization dedicated to the goal of helping consumers live healthier lives through eating more fruits and vegetables, and Have A Plant is its main initiative in this goal.

Launching in March 2020, the pop-out orchard display is a 3D tree designed to help retailers increase apple display sets promoting multiple varieties of apples at once. The display can serve as a merchandising piece for three upcoming events: March’s National Nutrition Month, Earth Day, and Family Wellness Month in May.

The display was designed with merchandising flexibility in mind. “They can help promote bulk or bagged fruit, or a combination of both,” notes Shales. “Spring is an important time to promote apples in produce, and ads featuring multiple varieties have proven to be an effective way to lift the entire category.”

Stemilt, which also displays the Have A Plant logo on its packaging, will work with retail dietitians at participating retailers to extend PBH’s promotion and messaging.

Mastronardi Produce, with headquarters in Kingsville, Ontario, describes itself as “Greenhouse Grown, Family Owned, 4th Generation.” The company has kept up with the times with its Sunset Produce and Campari tomato, the latter first branded in 1995.

According to Mastronardi, the introduction of Campari was a groundbreaking moment for the fresh produce industry and changed the way consumers look at and shop for tomatoes, noting on its website, “We established the premium category we continue to dominate.” The company didn’t stop there and is currently “revolutionizing the berry category,” according to its site, with offerings like its rebranded WOW berries, which “taste better than chocolate.”

Several years ago, in Eden Prairie, Minn., C.H. Robinson created a new business brand called Robinson Fresh. From grower development to proprietary seed development, the venture has become one of the largest produce companies in the world. Robinson Fresh is a market share leader in categories such as asparagus, corn, dry vegetables, greens, melons and tropical produce.

“Robinson Fresh reflects our progress over the past 100 years as a high-quality fresh product supplier and provides our customers, growers and employees with an identity closely aligned to fresh food,” a company representative notes.

This Produce is Special

Los Angeles-based Melissa’s/World Variety Produce is the largest specialty distributor of variety produce in the United States. “We have a brand that is special and uniquely known for its quantity of produce, and especially for great-looking and -tasting produce,” says Robert Schueller, the company’s director of public relations. Melissa’s has a line of more than 1,500 produce items. “There is not a produce item we don’t offer ... and in many cases, we are an exclusive, or one of few that actually carry certain items commercially in the U.S. marketplace,” Schueller adds.

New items for 2020 include cactus leaves (both whole and diced), also known as nopalitos. Melissa’s prepares these prickly pear leaves, including pulling the spines. Their vegetable flavor is similar to green beans or green peppers. The cactus leaves can be added to salads, soups and eggs. Another new item, Costa Azul Hot Sauce, is made from red jalapeño peppers, which are more mature and hotter than the traditional green variety, but slightly sweeter.

Jackfruit pods from Melissa’s are convenient and ready to eat. Each jackfruit contains hundreds of pods, which are popular as a meat substitute, in fruit salads or eaten raw. Jackfruit is large and unwieldy and the pods are difficult to extract, so Melissa’s makes it easier. New jicama wraps are healthier than corn or flour tortillas, which they can replace. The wraps are also low in calories and high in vitamins and minerals. Organic EZ open sweet young coconuts are available year-round from Melissa’s. No tools are needed to open them, and a straw is included to drink the coconut water, which is sterile, healthy and hydrating.

Los Alamitos, Calif.-based Frieda’s Specialty Produce has a mission that remains unchanged, even after the recent death of company founder and produce pioneer Dr. Frieda Rapoport Caplan, who introduced the kiwifruit to the American market, among other industry achievements. “There are so many incredible and delicious fruits and vegetables in our world, many that people have never heard of, let alone experienced,” the company notes in its creed.

Some of Frieda’s new items include mandarinquats, a hybrid of mandarin oranges and kumquats, and Lemonade Lemons, which are very sweet and can be eaten out of hand. 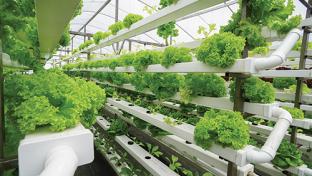 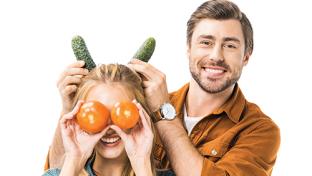 Merchandising and marketing to the top shoppers of the category 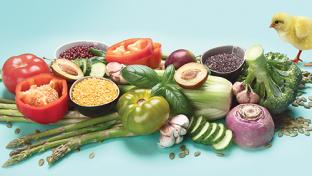 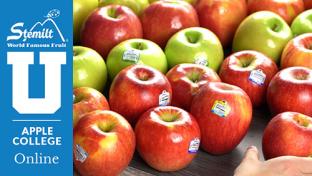 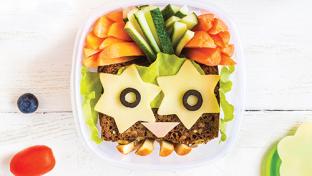 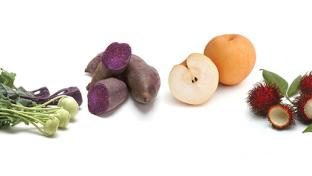 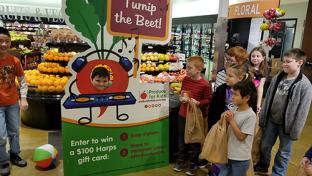