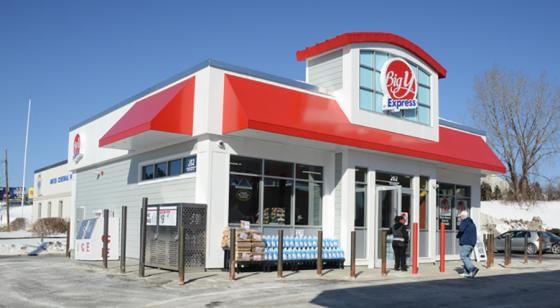 Following Big Y Foods Inc.’s recent pledge that it would phase out single-use plastic bags at checkout in 2020, its Big Y Express Gas and Convenience locations will be the first stores in the company to eliminate such bags, effective April 22.

Currently, the Lee, Mass., Big Y Express is the only one of the grocer’s gas and convenience locations that has dispensed with single-use plastic bags, as part of that town’s ordinance. The other eight Big Y Express stores in Massachusetts and Connecticut will now follow suit.

Big Y has been complying with single-use plastic-bag bans in five of its local Massachusetts communities – Amherst, Great Barrington, Lee, Northampton and South Hadley – since 2014. There are several more towns in the grocer’s market area with such bans pending, such as Longmeadow and West Springfield, Mass., and Mansfield, Conn. Additionally, the legislatures of both Massachusetts and Connecticut are considering statewide bans on single-use plastic bags.

“Congratulations to our Express division for taking the lead in eliminating single-use plastic bags in their stores,” said Big Y SVP of Operations and Customer Experience Richard D. Bossie. “Their commitment to our overall initiative will be a great example for the remainder of our stores to follow.”

According to the U.S. Environmental Protection Agency, more than 380 billion plastic bags are used in the United States each year. If not disposed of properly, the plastic can wind up in waterways and forests where it can harm fish, marine animals, birds and other wildlife.

One of the largest independently owned supermarket chains in New England, Springfield, Mass.-based Big Y operates 80 locations throughout Massachusetts and Connecticut, including 70 supermarkets, 40 pharmacies, Fresh Acres Market, Table & Vine Fine Wines and Liquors, and nine Big Y Express gas and convenience locations, with more than 11,000 employees. The company is No. 37 on Progressive Grocer’s 2018 Super 50 list of the top grocers in the United States.

In April, banner will donate $1 for every reusable bag sold