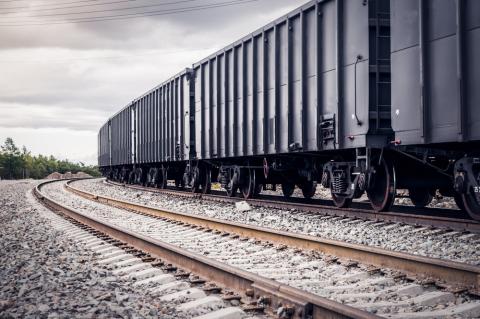 Retail organizations are asking Congress to intervene and prevent a potential rail strike during the holidays.

Following last week’s deal rejection by a union representing train conductors, President Biden called on Congress to avert a costly strike before the Dec. 9 agreement deadline. “It’s not an easy call, but I think we have to do it. The economy is at risk,” he declared.

Biden led a Nov. 29 meeting on the subject that was attended by House Speaker Nancy Pelosi, House Republican Leader Kevin McCarthy, Senate Majority Leader Chuck Schumer and Senate Minority Leader Mitch McConnell. The U.S. Congress is expected to vote on the matter on Nov. 30 and, if the vote passes, has the authority to order workers back on the job.

Heading into the busiest shopping time of the year, retail industry representatives expressed their concern at the prospect of a rail shutdown. Following Biden’s urgent message to Congress on Monday, the president and CEO of the National Retail Federation, Matthew Shay, echoed the call for action. “The freight rail system is an integral part of America’s transportation system, moving cargo to communities in every corner of the country every day. Millions of Americans depend on smooth and stable rail operations to safely transport consumer goods, food and other essential items,” Shay said. “A rail strike, coupled with historically high levels of inflation, could wreak financial havoc and inflict catastrophic harm to American businesses, workers, consumers and the U.S. economy. We are in peak holiday shopping season, and it is essential that retailers and other businesses are able to rely on these vital supply chain partners."

The Consumer Brands Association also weighed in on the matter, calling for Congress to act. “The companies that manufacture and distribute everyday items like peanut butter, cooking oil, breakfast cereal, soap, canned vegetables and household cleaners utilize rail to transport high concentrations of both raw input ingredients and finished products,” said Tom Madrecki, the group's VP of supply chain and logistics. He noted that freight rail constitutes about 30% of total CPG transportation but bulk commodity shipments and other rail-centric business rely almost exclusively on railroads.

An industry analyst agreed that the risk of a strike has been heightened and reported that those already battered by supply chain woes are taking action. “As a unified strike among the unions rejecting the deal appears to be an imminent threat, shippers are already working on contingency places to shift volume to avoid getting cargo stuck in the process,” said Spencer Shute, principal consultant at Proxima, a firm that provides procurement service consulting.

That said, the trucking industry can’t handle all of the loads that would have otherwise been shipped by rail. “The truckload market has been slowing down and the truck-to-load ratio is at its lowest point since the pandemic began, making the initial diversion of freight fairly easy to navigate. However, the current truckload market and demand on fuel cannot offset the volume that moves through the rail network on a daily basis,” Shute declared.

He added a warning: “Should a full-strike go into effect, the U.S. economy could be severely impacted right as we hit the holiday season and as we go into 2023. Businesses are going to see rates increase quickly and capacity drop significantly. Automotive, fertilizer and food, primarily dry goods, companies move a significant portion of their volume via rail. Any strike could result in shutting down 30% of the U.S. freight movement.”