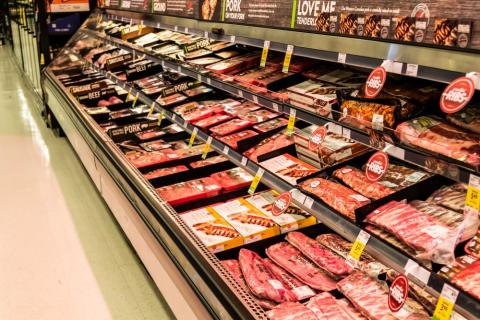 The Cattle Price Discovery and Transparency Act is opposed by many trade groups, including the National Cattlemen's Beef Association, which calls the legislation "heavy-handed."

Any American consumer can attest to the fact that meat prices have been rising steadily for nearly two years. While inflation is an obvious reason for this, other factors, including a higher demand for meat, rising fuel and labor costs, and even alleged price gouging, are also at play.

According to the U.S. Bureau of Labor Statistics, prices for meat, poultry, fish and eggs jumped 14.3% from April 2021 to April 2022, representing the largest 12-month increase since 1979. Additionally, the Washington, D.C.-based American Farm Bureau Federation has found that ground beef prices are up 36% from one year ago, while skinless chicken breast prices have risen 33%.

While the price issue is seemingly reaching a fever pitch, food and agricultural economist Dr. Jayson Lusk, a distinguished professor at West Lafayette, Ind.-based Purdue University, has seen the wheels behind this issue turning for several years. “In some ways, it’s not exactly new, because many of these concerns have existed for a long period of time,” Lusk says. The business concentration ratio in the beef and pork industry, for example, is confined to the four largest packers and has remained static for nearly 25 years. While studies have found that this concentration ratio hasn’t led to negative margins for any sector of the beef industry, Lusk explains that this has been a lingering concern for many years.

He also believes the issue can be at least partly traced back to a rise in meat and livestock prices that occurred in 2014 and 2015. While the industry is cyclical by nature and there were good economic reasons for those price increases, there was a significant reduction in prices from 2016 to 2018 that left many questioning the fluctuations. According to Lusk: “Some of the concerns even today are because of that recent history where they saw these periods of high prices, and the prices fell, but they’re looking back, saying, ‘What happened? Why did that happen? Is it market power, or is it other issues?’”

In an effort to directly address today’s rising prices and possible market issues, legislators have proposed bills that they believe would help regulate meat markets through expanded federal government oversight.

One such piece of legislation is the bipartisan Meat Packing Special Investigator Act, sponsored by Sens. Jon Tester, D-Mont.; Chuck Grassley, R-Iowa; and Mike Rounds, R-S.D., as part of H.R. 7606, the Lower Food and Fuel Cost Act, and recently passed by the U.S. House of Representatives and the Senate Agriculture Committee. According to the committee, the legislation will address anticompetitive practices in the meat and poultry industries that legislators claim hurt consumers and producers.

“Anticompetitive behavior by the large meatpackers has raised prices on consumers and pushed family ranchers out of business, so this is a critical step toward making sure capitalism works like it’s supposed to work,” said Tester at the time that the bill was introduced.

“We are disappointed the House voted to waste $9 million in taxpayer dollars on a redundant special investigator when that money would be much better spent helping Americans seeking assistance from record inflation,” says Julie Anna Potts, president and CEO of the Washington, D.C.-based Meat Institute. “This bill simply replicates the authorities already granted to USDA and the Department of Justice to enforce the Packers and Stockyards Act and creates an expensive new government office.”

Another bill, the Cattle Price Discovery and Transparency Act, would aim to establish minimums for negotiated sales and require clear reporting of marketing contracts. According to Tester, who is also a sponsor of this legislation, “Increasing price discovery will give producers more control and better information when they sell their livestock, and is a key step in making markets more competitive.”

Several trade associations also stand in opposition to this bill. “The U.S. cattle industry is home to one of the most complex set of markets in the world,” explains Ethan Lane, VP of government affairs at Centennial, Colo.-based NCBA. “Rather than embrace the freedom of that marketing system, Congress is instituting a one-size-fits-all policy that will hurt cattle producers’ livelihoods.”

Continued Lane: “Cattle markets are finally returning to normal after pandemic-fueled uncertainty, but these heavy-handed mandates will stifle innovation and limit marketing opportunities. Cattlemen and -women deserve the freedom to market their cattle in whatever way they want.”

Possible Effects Throughout the Supply Chain

While these bills are still making their way through Congress and any possible effects wouldn’t be felt for quite some time, the pros and cons are clearly being weighed by stakeholders throughout the meat supply chain.

“These are really dynamic markets that are influenced by cycles,” Lusk says. “You breed a cow today, and it’s approximately three years until it’s going to lead to a burger. I think a challenge I see in this sector is being able to associate cause and effect.”

As Lusk explains it, the contract library that would be created as part of the Cattle Price Discovery and Transparency Act would both facilitate better price discovery and add a layer of transparency for producers to see what others are doing, so as to make better deals for themselves. On the other hand, losing the ability to coordinate through contracts or other mechanisms could cause inefficiencies throughout the sector.

“At the end of the day, my concerns are that it would lead to some inefficiencies in the market which would increase cost, and you might see a degradation of the ability to define certain qualities of production,” Lusk says.

Meat Institute CEO Potts sees further issues with a special investigator’s obligation to bring as many cases as possible to court, testing the limits of the new rules and eventually affecting retailers and consumers.

“The resulting legal uncertainty and market chaos will accelerate unpredictable changes in livestock and poultry marketing that will add costs to both producers and consumers at a time of high inflation,” she says. “Congress should not create a duplicative enforcement office, particularly when Congress doesn’t know what those new rules will be.”