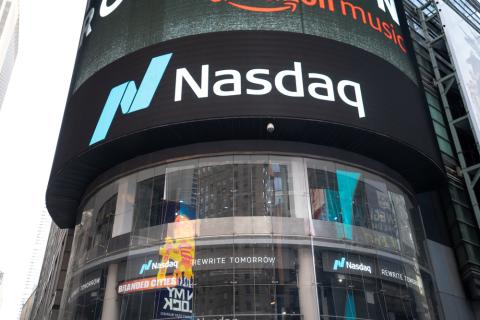 Asian-American  supermarket chain and online grocer iFresh Inc., has provided an update to investors about the status of its operations two months after its Nasdaq delisting.

iFresh was delisted from the Nasdaq Stock Market on Nov. 23, 2021, based on two continued listing deficiencies, so its common stock is currently traded on the OTC Expert Market under the ticker IFMK. While seeking to establish relationships with market makers to provide additional trading opportunities in its stock, the company is working on returning to compliance with ongoing reporting obligations.

“While iFresh is busy preparing its quarterly and annual reports, I wanted to inform shareholders of several operational updates for the company,” said Long Deng, chairman of iFresh, which is based in Long Island City, N.Y. “Our subsidiary New York Mart has partnered with Uber to offer online grocery delivery services in New York City. The delivery services will be provided through the Cornershop-powered e-grocery marketplace. After partnering with HungryPanda, a specialist food delivery platform, and Yami, an e-commerce platform, this is the next step forward in our online order integration.”

In regard to iFresh’s U.S. stores, Deng said that they're operating normally. “Our management team believes a setback like our delisting has pushed us to focus on shoring up our business fundamentals,” he noted. “We will continue to work on returning to compliance while we communicate with the investors who have supported and believed in us through the years.”

The Nasdaq Hearings Panel’s decision to delist the company’s common stock was based on two continued listing deficiencies. First, the panel noted that the company wasn’t in compliance with Nasdaq Listing Rules due to its failure to hold a timely annual meeting of shareholders for the fiscal year ended March 31, 2020. Second, the panel noted that iFresh didn’t comply with Nasdaq’s filing requirements set forth in Listing Rule 5250(c)(1) because it hadn’t filed its Form 10-K for the year ended March 31, 2021, and its Form 10-Q for the period ended June 30, 2021.

iFresh was originally listed on the Nasdaq Stock Market in February 2017, becoming the first Chinese product supermarket chain to be listed on a major U.S. exchange. It has yet to report its financials for its last fiscal year and previous two quarters.