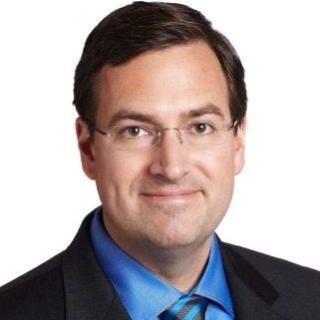 Dave Clark, who will become Amazon's CEO of worldwide consumer business next year, started work at the company in 1999.

Amazon will have a new CEO of its worldwide consumer business early next year.

According to an SEC filing, Dave Clark — now the company’s SVP for worldwide operations — will take over from Jeff Wilke, who will retire in the first quarter of 2021. Wilke was seen as a potential successor to Amazon CEO Jeff Bezos.

Clark, meanwhile, will take over that job as Amazon continues to press forward with its food and consumables agenda, and as reports emerge from major urban areas nationwide about Amazon securing real estate for its free-standing food-retailing concept.

Clark joined Amazon in 1999 and assumed his current job in January 2013, Amazon said. Wilke also joined the company in 1999.

In a memo to employees posted by Amazon, Bezos praised Wilke.

“Since Jeff joined the company, I have been lucky enough to have him as my tutor. I've learned so much from him, and I'm not the only one. He's been an incredible teacher to all of us,” Bezos said. “That form of leadership is so leveraged. When you see us taking care of customers, you can thank Jeff for it. And there's this important point: In tough moments and good ones, he's been just plain fun to work with. Never underestimate the importance of that. It makes a difference.”

Wilke, in his own message, said that the pandemic “pulled me back to my roots in operations,” but he gave no details about what will come next for him. “I don't have a new job, and am as happy with and proud of Amazon as ever," he noted. "I treasure the deep relationships we forged as we grew this company."

As for Clark, Wilke also gave him praise.

“He posses a unique mix of raw intellect, systems thinking, sharp wit and tons of leadership courage," Wilke said. “He's the big-thinking energy behind the scale of Amazon Robotics, our Prime Air fleet and AMZL deliveries. In the last two years, we moved Prime, marketing and the stores organizations to Dave, giving him a chance to broaden his leadership beyond operations. Dave is now ready to lead WW Consumer, and I’ll be proud to turn it over to him early next year.”

Like all retailers during the pandemic, Amazon has had to do some improvising, including the delay of its annual Prime Day online marketing event. Even so, Clark will take on his new role as the company continues to expand, especially in the logistics engine that helps power its consumer efforts. Amazon, for instance, is investing in the speed of its supply chain by leasing an additional 12 Boeing 767-300 aircraft ahead of next year’s opening of the Amazon Air Hub, near Cincinnati. Amazon also has recently debuted new delivery trucks.

No. 2 on The PG 100, Progressive Grocer’s 2020 list of the top food and consumables retailers in North America, Seattle-based Amazon is also planning grocery stores in the Los Angeles and Philadelphia markets, according to media reports. Its wholly owned subsidiary, Austin, Texas-based Whole Foods, is No. 24 on the list.