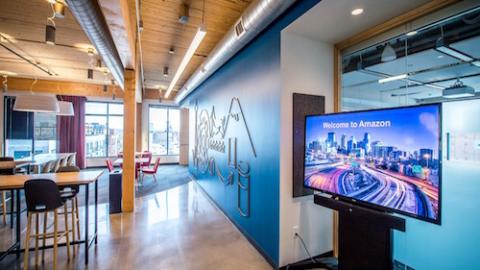 The expansion will touch up various Amazon businesses, including Amazon Fresh.

Amazon said Tuesday it will invest $1.4 billion in its U.S. tech hub operations, an expansion effort that will include the creation of 3,500 technology and corporate jobs.

Amazon said it will expand its tech hub operations in Dallas, Detroit, Denver, New York (Manhattan), Phoenix, and San Diego. Teams in these cities will support various businesses across Amazon, including AWS, Alexa, Amazon Advertising, Amazon Fashion, OpsTech and Amazon Fresh, among others.

More specifically, this is what Amazon has planned for those cities:

“People from all walks of life come to Amazon to develop their careers–from recent graduates looking for a place to turn their ideas into high-impact products, to veterans accessing new jobs in cloud computing thanks to our upskilling programs," said Beth Galetti, senior vice president, human resources at Amazon. "These 3,500 new jobs will be in cities across the country with strong and diverse talent pools. We look forward to helping these communities grow their emerging tech workforce."