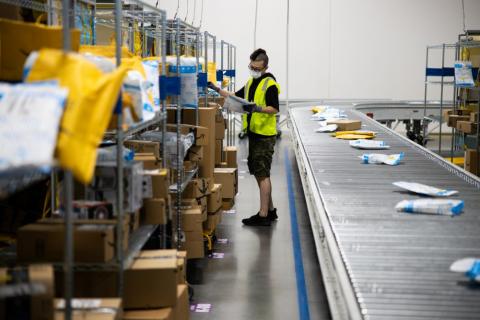 Prime Now initially launched in late 2014 for Prime members to get one-hour delivery on tens of thousands of daily essentials through a mobile app.

Amazon is consolidating. The e-commerce company will shut down its stand-alone Prime Now platforms by the end of the year, and instead direct users who want fast delivery on groceries and other goods to order through the Amazon app or website, as reported by CNBC.

Prime Now initially launched in late 2014 in Manhattan for Prime members to get one-hour delivery on tens of thousands of daily essentials through a mobile app.

“To make this experience even more seamless for customers, we are moving the experience from a separate Prime Now app onto the Amazon app and website so customers can shop all Amazon has to offer from one convenient location,” Stephenie Landry, VP of grocery at Amazon, said in a blog post.

Amazon also recently said that it was getting rid of brick-and-mortar Amazon Go Grocery, folding it into Amazon Fresh. The Amazon Fresh banner, meanwhile, is expanding to the East Coast, making its debut in Washington, D.C., on May 27.

“To simplify the experience for our customers, we’re rebranding our Amazon Go Grocery stores to Amazon Fresh,” an Amazon spokesperson told Progressive Grocer.

In regard to Prime Now’s demise, consumers will be able to instead choose two-hour delivery on essentials and other goods via the Amazon app or website. Two-hour grocery delivery will be available via Amazon Fresh or Whole Foods, both of which are located in Amazon’s app and website.

Additionally, any third-party retailers or local stores that were offered on the Prime Now app will be moved over to Amazon.

Seattle-based Amazon is No. 2 on Progressive Grocer’s 2021 PG 100 list of the top food and consumables retailers in North America. During its recent first quarter, the company logged a 44% year-over-year revenue increase, and profits more than tripled to $8.1 billion.