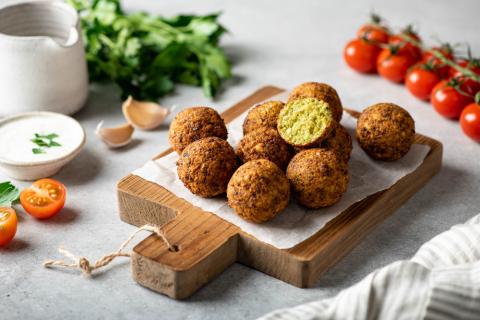 The national food poisoning law firm of Ron Simon & Associates, along with the Dunk Law Firm PLLC, has filed the nation's first E. coli lawsuit in the multistate outbreak of E. coli O121:H19 infections linked to Earth Grown frozen falafel. The lawsuit was filed on behalf of Nicole  Ksioszk, who purchased the frozen falafel from her local Aldi store at 1120 North Port Washington Road in Grafton, Wis. Ksioszk, who was hospitalized after eating the tainted product, continues to recover from E. coli food poisoning.

After being notified of the potential contamination by Cuisine Innovations, Aldi immediately removed the affected products from all stores in the United States. The items were also available for purchase through the company’s partnership with Instacart.

According to the CDC, a total of 24 laboratory-confirmed illnesses were reported from the states of Florida, Iowa, Kansas, Michigan, Ohio and Wisconsin. Symptoms of this type of E. coli typically include stomach cramps, diarrhea and vomiting. The illness primarily affects elderly individuals, children, and people with weakened immune systems.

At least five of the 24 confirmed cases required hospitalization due to the severity of the symptoms, with at least one of the affected individuals developing hemolytic uremic syndrome, a serious condition that can cause kidney failure.

The CDC revealed that the multistate outbreak was over on Dec. 1.

Aldi is one of America’s fastest-growing retailers, serving millions of customers across the country each month. With 2,200 stores across 38 states, the company is on track to become the third-largest grocery retailer by store count by the end of 2022. Batavia, Ill.-based Aldi U.S. employs 45,000-plus associates and is No. 24 on The PG 100, Progressive Grocer’s 2022 list of the top food and consumables retailers in North America.