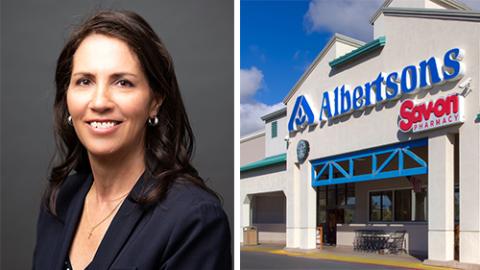 Albertsons Cos. has appointed longtime company employee Gineal Davidson president of its Portland division, which operates more than 140 stores in Oregon and Washington. Davidson is replacing Greg McNiff, who last week was named the new president of San Bernardino, Calif.-based Stater Bros. Markets.

Davidson started with Albertsons 30 years ago as a courtesy clerk in Boulder, Colo., before rising through the ranks, most recently as the Intermountain division VP, marketing and merchandising, a position she attained in October 2017.

“We’re thrilled to have an operator of Gineal’s caliber to lead our Portland division team,” said Susan Morris, EVP and COO. “Gineal is a dynamic leader with a fantastic track record of leading winning teams, and we look forward to her taking on this key role within our company.”

Boise, Idaho-based Albertsons operates stores across 35 states and the District of Columbia under 20 well-known banners, including Albertsons, Safeway, Vons, Jewel-Osco, Shaw’s, Acme, Tom Thumb, Randalls, United Supermarkets, Pavilions, Star Market, Haggen and Carrs, as well as meal-kit company Plated. The company is No. 3 on PG's 2019 Super 50 list of the top grocers in the United States.