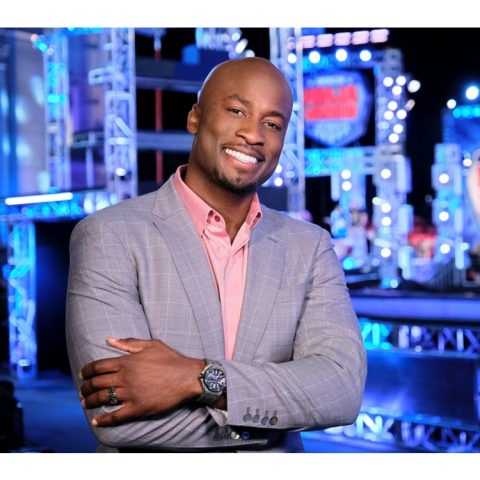 The National Grocers Association (NGA) has revealed that television personality Akbar Gbajabiamila will host the Best Bagger Championship, sponsored by PepsiCo, on Sept. 20 during the 2021 NGA Show at the Paris Hotel and Casino in Las Vegas. This will be Gbajabiamila’s third time emceeing the competition.

“NGA is excited to once again have Akbar Gbajabiamila emcee the Best Bagger Championship during The NGA Show in Las Vegas,” noted Greg Ferrara, president and CEO of Washington, D.C.-based NGA, the national trade association representing the retail and wholesale community grocers comprising the independent sector of the food distribution industry. “His enthusiasm and personality are perfect for this event, which brings together the best baggers from across the country for an energetic and fun competition. We have not held this competition since the 2020 NGA show last February, just weeks before the COVID-19 pandemic began impacting the country, resulting in lockdowns and a drastic change in the way we live our lives. This change was even more significant for grocery stores, as they stayed open to keep communities fed. I see this year’s event not only as recognition of our skilled baggers, but also a celebration of what our members have endured over the last year and a half and their perseverance during these unprecedented times.”

This is the 35th year that NGA will host the Best Bagger Championship, which brings together the best grocery baggers from across the country to compete for the grand prize of $10,000. Contestants are judged by speed of bagging, technique, weight distribution in the bag and style.

A Los Angeles native of Nigerian descent, Gbajabiamila is the host of NBC’s “America Ninja Warrior” and Peacock’s “American Ninja Warrior Jr.” He recently became a new permanent co-host for Season 12 of the CBS daytime talk show “The Talk.” Gbajabiamila played five years in the NFL as a linebacker and defensive end with the Oakland Raiders, San Diego Chargers and Miami Dolphins. He is also the author of “Everyone Can Be a Ninja: Find Your Inner Warrior and Achieve Your Dreams,” as well as a philanthropist.

“PepsiCo is excited to support the annual Best Bagger Championship and celebrate the workers who have persevered the past 18 months,” said Kent Montgomery, head of PepsiCo Industry Relations for the Purchase, N.Y.-based company. “This is a fun and unique event that brings out the best of the grocery industry, which is crucially important to PepsiCo. With Akbar Gbajabiamila as the emcee again this year, we know this will be one of the more memorable competitions in recent years. I’d like to congratulate this year’s competitors and look forward to seeing who comes out on top.”