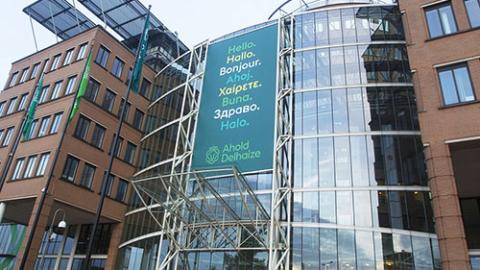 Ahold Delhaize has committed to slashing food waste in its operations 50% by 2030, in line with the global goal from the United Nations to do so. The grocer has also joined the World Resources Institute's 10x20x30 initiative as a founding partner.

The initiative launched this week during Climate Week in New York and brings together 10 global food retailers to engage with 20 of their priority suppliers to reduce food loss and waste by half by 2030.

Previously, Ahold Delhaize had made a commitment to reduce food waste 20% by 2020.

“Reducing food waste in our stores and distribution chain is the right thing for our business, for the climate, and for improving food security. We join this exciting initiative to support momentum across our industry and create new innovations for reducing waste in partnership with suppliers,” said Frans Muller, president and CEO of Ahold Delhaize.

Reducing food waste is one part of the company's Leading Together strategy for sustainability. New technologies have been implemented for store ordering and partnerships with local communities give unsold food to people in need. The grocer says it'll continue innovating in packaging, discounting, fresh quality analysis and smarter logistics to make this 2030 goal a reality.