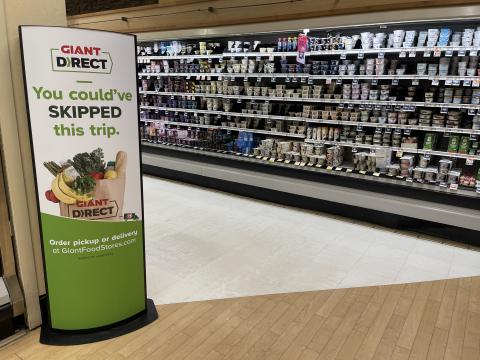 Ahold Delhaize plans to accelerate its investments in omnichannel as inflation and supply chain snarls put more pressure on sales and profits.

In its fourth quarter earnings report, the grocery chain said supply chain disruptions, inflation and rising costs as well as the expected easing of government subsidies to consumers will pose challenges for the company and the grocery industry in 2022.

To offset some of those pressures, the Dutch grocery chain said it plans to accelerate omnichannel investments to capture "the incremental growth opportunities we see over the horizon, enabled by our platform," said Frans Muller, president and CEO of Ahold Delhaize. "The global COVID-19 pandemic continues to highlight the importance of strong omnichannel food retail operations that offer consumers a variety of shopping options, including robust online offerings."

"We ended 2021 on a strong note, with positive group Q4 comparable sales momentum and stable group margins, positioning us for a strong start to the next phase of our Leading Together strategy announced last November," Muller said. "Looking back on the past year, I am most proud of how associates brought our values to life in the way they responded to ongoing developments associated with COVID-19 and natural disasters throughout our brands' markets, including major floods in Belgium, tornadoes in the Czech Republic, fires in Greece and Hurricane Ida in the U.S. Through it all, associates rose to the challenge to care for customers and communities. As a result, we enter 2022 with deeper relationships and trust across our brands' markets and stronger market shares to build upon."

"It is supporting our growth and productivity ambitions for 2022 and beyond. We continue to invest across our entire distribution network and build new digital capabilities," Muller said.

During the quarter, Ahold earned an upgrade to its MSCI ESG ranking to 'AA' from a previous 'A' ranking. The company also maintained its standing in the Dow Jones Sustainability Index.

"Our score of 83 out of 100 was well above the industry average 26 points and placed us highest among food retailers in Europe and the U.S.. We expressed our intention to make continued progress on the ESG front through our decision in Q4 to pull forward our commitment to reach net-zero carbon emissions across our brands by no later than 2040. And we will actively apply this lens as we invest in our future," Muller said.

Ahold Delhaize USA, a division of Zaandam, Netherlands-based Ahold Delhaize, operates more than 2,000 stores across 23 states, is No. 10 on The PG 100, Progressive Grocer’s 2021 list of the top food and consumables retailers in North America.