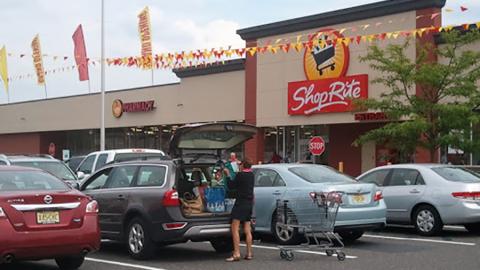 David Zallie operated ShopRite of Lawnside, as well as two other New Jersey stores under the banner, before buying his brothers' shares in eight additional ShopRite locations in the state.

David Zallie has purchased the shares in the eight Zallie ShopRite stores that have been jointly owned by George J., Bruce and David Zallie since the death of their father, George Sr., in 2011. Both George J. and Bruce Zallie will retire after grocery industry careers spanning nearly five decades. All 11 Zallie-owned ShopRite stores will now operate under the entity of Medford, New Jersey-based Zallie-Somerset Inc.

The family business began in 1973 when George Sr. opened his first supermarket in Clementon, New Jersey. In 1980, Zallie Supermarkets Inc. became part of Keasbey, New Jersey-based retailer-owned cooperative Wakefern Food Corp. George Zallie Sr. went on to open ShopRite stores throughout southern New Jersey, and by 2007, the businesshad expanded to 10 stores. David opened the 11th store, ShopRite of Lawnside, in 2013. The Lawnside store, along with ShopRite locations in Gibbstown and Medford, were operated by David and his Somerset Stores LLC entity.

“George and Bruce worked side by side with my dad to build a great company,” noted David Zallie. “Bruce was very influential in the development of our store-made line of products in our appy, foodservice and bakery and seafood departments. His emphasis on quality and innovation in those areas was far ahead of the curve of other stores in the trading area. At the same time, my brother George worked diligently in overseeing many of our selling departments, bringing his merchandising and productivity standards to each department he oversaw. When George became director of operations for the company, he utilized all of the skills he learned up until that time to help lead the company.”

Added David: “We have strong management teams in place at both Zallie Supermarkets Inc. and Somerset Stores. I look forward to leveraging the talent within the two companies under the umbrella of Zallie-Somerset Inc. We recognize that now is no time to let up. We anticipate making strategic capital investments in our stores that are aimed at enhancing the guest experience.”

The deal appears to settle a dispute among the brothers that led to a lawsuit last year in which David alleged “gross negligence and mismanagement” of the family business by George J. and Bruce after they blocked his request to expand and remodel his Medford store.

The largest retailer-owned cooperative in the United States,Wakefern Food Corp.comprises 51 members that independently own and operate more than 350 supermarkets under the ShopRite, The Fresh Grocer, Price Rite Marketplace, Gourmet Garage and Dearborn Market banners in New Jersey, New York, Connecticut, Pennsylvania, Maryland, Delaware, Massachusetts, Rhode Island, and New Hampshire. The company is No. 25 on The PG 100 2020 listing of North America’s top retailers of food and consumables.