The other day, I was strolling through the aisles of one of America’s great grocery chains, squeezing the limes and examining the cilantro, when my phone pinged.

It was an email from a woman inquiring about the eligibility requirements for Progressive Grocer’s Top Women in Grocery (TWIG) awards program. This year marks the 15th year for the leading and most prestigious showcase for female talent in the grocery industry (which encompasses retail, vendors, CPG and solution providers), a night of recognition and celebration for women who are thriving, advancing and breaking new ground.

As I put the phone back in my handbag and placed the citrus and herbs in my shopping cart, I thought about the email, and began to scan the length of the store. Every single employee around me was a woman, from the produce stocker to the cashiers at the checkouts to the front end manager to the executives walking around, pointing at Easter displays. Suddenly, a thought came to me: So many of these women deserve to be honored for serving as lifelines in our local communities over the past year, making this year’s TWIG awards likely our most important event ever.

One valuable aspect of the coronavirus pandemic has been its part in elevating women’s roles in food retail. Women make up two-thirds of the food retail workforce in the United States, according to the U.S. Commerce Department. No class of essential workers, other than perhaps those in the health care sector, has worked harder and longer during the current national crisis than the people working across the grocery and food industries. Our grocery stores never closed, keeping America fed even as much of the economy was on lockdown. Most of our brave supermarket “she-roes” didn’t get the option to work from home. In fact, most of them had to work longer, harder hours carting grocery pickup orders through the cold and rain, making sure shelves were restocked, and policing customers on mask-wearing, no matter how many times they yelled about it.

Another silver lining of the past year has been the heightened calls for social justice and equity, with many companies putting their words into action when it comes to diversity and inclusion.

Women are also making progress in the boardroom, especially in retail.

According to the annual Crist|Kolder Volatility Report, the retail industry has the largest percentage of female board members, at 32.8%, and there may be more opportunities on the horizon. Nasdaq has filed a proposal with the U.S. Securities and Exchange Commission to adopt new listing rules related to board diversity and disclosure. The new rules would require all companies listed on Nasdaq’s U.S. exchange to publicly disclose consistent, transparent diversity statistics regarding their boards of directors. Additionally, the rules would require most Nasdaq-listed companies to have, or explain why they don’t have, at least two diverse directors, including one who self-identifies as female and one who self-identifies as either an underrepresented minority or LGBTQ+.

The hard work performed by women during the COVID-19 crisis and the disruptive forces reshaping food retail and diversity/inclusion present an opportunity for even more women to be put into leadership roles. As Progressive Grocer looks to receive a record number of TWIG nominations this year, I have unwavering hope that the women in the grocery and consumer packaged goods industries will keep our nation moving forward. On Nov. 4 in Orlando, Fla., we will come together at our Top Women in Grocery event to honor these women and celebrate their strength. 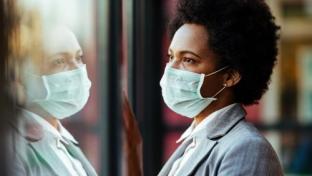 Where we are, and where we must go, when it comes to keeping women at work 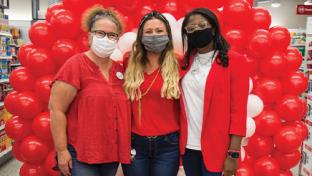