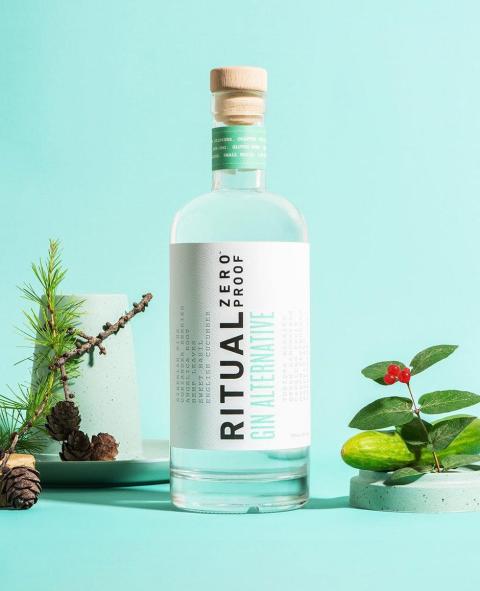 Ritual Zero Proof reports that it sold a bottle a minute of its non-alcoholic beverages last January.

While consumers are still clinking glasses and downing cookies, grocers are readying stores for the seasonal aftermath that increasingly includes merchandising efforts around Dry January. The alcohol-free post-holiday movement, which started a few years ago and has been building momentum, includes new products, players and campaigns for 2023.

A 2022 survey by Morning Consult showed that one in five consumers planned to participate in Dry January, many of them younger Millennial consumers. A report from delivery platform Drizy revealed that 38% of Gen Z and 25% of Millennial consumers are replacing at least some traditional drinks with nonalcoholic versions, compared to 15% of GenXers and 8% of Baby Boomers.

Another recent study from research firm Veylinx affirmed that more than 75% of Americans admitted they’ve temporarily given up alcohol for at least a month. Of the 46% of drinkers who are trying to reduce their alcohol consumption right now, 52% are replacing alcohol with non-alcoholic beverages.

In addition to eschewing adult drinks altogether for the month, interest in no/low alcohol per volume (ABV) products has been on the upswing along with terms like “sober curious” and “dry-ish.” Morning Consult’s data showed that about half of consumers polled said they would drink at least for a few days in January. A new survey conducted by alcohol health app Sunnyside found that although 85% of respondents said they are likely to start the new year with some kind of challenge around alcohol, 73% want an option other than total sobriety.

There is some staying power to the shift away from high alcohol beverages. “For many consumers, Dry January is a gateway into non-alcoholic options. In fact, 75% of Dry January participants say they plan to continue drinking non-alcoholic spirits during the rest of the year,” reported David Crooch, co-founder of Ritual Zero Proof, a maker of gin, whiskey, rum and tequila alternatives. “We see this every year as Ritual sales spike during the dry month, then achieve sustained growth through the remainder of the year.” Zero Proof reported that it sold a bottle a minute last January.

Accordingly, grocers have been adding low/no ABV products to their displays, often in the traditional liquor department. There are many examples of new offerings for 2023, such as a line of craft-distilled spirits from Chicago-based Sommarøy Spirits with only two-thirds the alcohol of traditional spirits. The line includes 27.5% ABV vodka and gin beverages that are also zero-carb, lower-calorie and gluten-free.

"In creating Sommarøy Spirits, we wanted to offer a solution for sophisticated drinkers who want to have the stamina for an evening out and no regrets the next day. There was a gap in the current adult beverage market between high-proofs and ABVs and low/no products. With Sommarøy Spirits, we're creating a new mid-strength category to meet this consumer need – spirits that taste delicious and authentic but at only 27.5% ABV," explained co-founder Michael Barkin.

Crooch said getting a jump on merchandising low-ABV products is a good idea. “While the holiday season is a singular focus for most alcohol retailers in December, it’s important to think beyond the end of the year as alcohol sales dip every January. While customers may be facing a post-holiday hangover, beverage sales don’t have to,” he pointed out.

In addition to carrying new products, grocers can get creative with merchandising to capture attention among sober-curious and sober-focused shoppers. “To drive traffic, retailers need to make sure their customers are aware of the non-alcoholic options in their stores prior to these ‘dry’ periods so they know where to find them. Off-shelf and end cap placements become particularly effective tools to showcase non-alcoholic products during months when people avoid the beer, wine, and liquor departments in many stores,” suggested Crooch. “Put simply, you have to highlight zero proof products before and during the dry seasons in order to educate consumers and alert them that they’re available.

Brands are also getting inventive in their approach to Dry January. Hop Watr, a non-alcoholic sparking hop water brand, just launched the Hop Lockr, a locker that keeps booze out of sight. The company announced that consumers can enter to win a chance to score the locker plus a month’s supply of Hop Watr products.