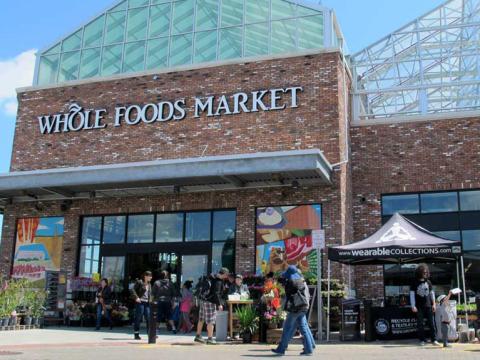 Whole Foods Market is quietly testing scanners that can identify an individual human hand as a way to ring up a store purchase, the New York Post reports.

Employees at Amazon’s New York offices are serving as guinea pigs for the biometric technology, using it at a handful of vending machines to buy such items as sodas, chips, granola bars and phone chargers, according to the Post.

The high-tech sensors are different from fingerprint scanners found on devices like the iPhone and don’t require users to physically touch their hands to the scanning surface, the Post reports.

Amazon hopes to introduce the tech to a handful of its Whole Foods stores by the beginning of next year and to eventually expand the super-fast checkout tech to all U.S. locations. The pace of the rollout will depend on how quickly Whole Foods is able to install it and train employees on how to use it, according to the Post.