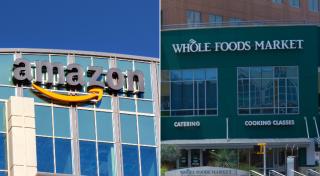 As Seattle-based ecommerce giant Amazon seeks to lower prices at its recently acquired Whole Foods Market stores, the Austin, Texas-based natural grocer is placing limits on how products are sold in stores and asking suppliers to help foot the charges, upsetting smaller brands, The Washington Post has reported.

Suppliers previously were allowed to oversee their own merchandise on shelves or use third-party firms to assist, but new rules require those companies to work with Stamford, Conn.-based retail firm Daymon to schedule in-store tastings, check inventory and create displays, the newspaper noted. Vendors that sell more than $300,000 of products annually to Whole Foods will be required to discount their products either 3 percent (for food) or 5 percent (for health and beauty products) to fund the new program.

The changes are intended to “save on costs and centralize operations,” according to an email obtained by the newspaper. Since acquiring Whole Foods in August 2017, Amazon has been finding ways to bring its own products and programs to Whole Foods stores – from Amazon Prime member benefits and Amazon pickup lockers to private label electronic devices such as Kindle ereaders, Kindle Fire tablets, and Amazon Echo and Echo Dot voice assistants.

At the same time, the ecommerce company has brought Whole Foods’ 365 Everyday Value private label products to its website.The line consistently holds the No. 2 private label spot on the site, according to Sandy, Utah-based One Click Retail. By the end of 2017, it had reached an estimate $10 million since launching on the site, with an average weekly growth of 9 percent.