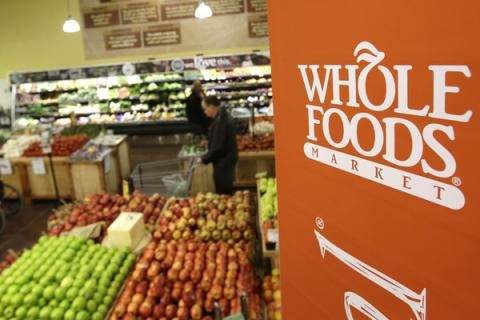 Many customers, mostly across the South, woke up to an email on Thanksgiving morning, warning them that the turkeys they planned to consume did not meet the grocer's high expectation for quality.

Whole Foods Market says some turkeys it sold during the runup to Thanksgiving "did not meet high expectations for quality."

Fox News and CNN reported that many Whole Foods customers, mostly across the South, woke up to an email from Amazon on Thanksgiving morning warning them that the turkeys they planned to consume did not meet the grocer's high expectation for quality. The note said there was no known food safety or health risk with any of the turkeys. But the company offered shoppers a $50 Amazon gift card credited to their accounts as an apology.

The letter was reportedly sent to Whole Foods customers who purchased their turkeys through Amazon. In the days leading up to the email, several Twitter users had complained of a “rotten” smell from their Whole Foods turkeys.

Reached for comment by CNN, Whole Foods confirmed that it had "discovered a small number of fresh turkey products in our South region that did not meet our high expectations for quality." Stores in Alabama, Georgia, Mississippi, North Carolina, South Carolina, Tennessee and Florida were impacted, Whole Foods said.

Last month Whole Foods teamed up with Progressive Insurance to offer a “Turkey Protection Plan” for customers who experienced a “cooking fail” on Thanksgiving. To be eligible for the “plan,” Whole Foods customers needed to purchase their turkeys between Nov. 11 and Nov. 22. If they then “overcooked,” “undercooked” or even burned the turkey on the big day, they could submit their receipt (along with a photo and an explanation of what went wrong) for a $35 gift card.

Under the Austin, Texas-based Whole Foods Market banner, Seattle-based Amazon is No. 1 on Progressive Grocer’s 2020 PG 100 list of the top grocers in the United States.