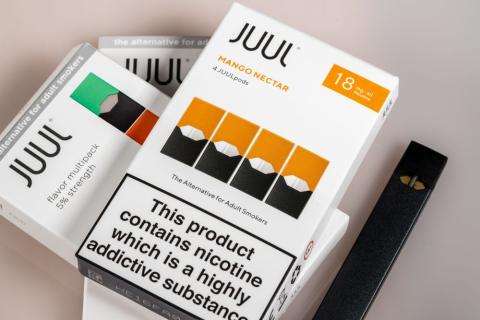 In addition to clamping down on Juul products that have been particularly favored by youths, the FDA is pursuing other regulations related to nicotine and tobacco.

After a relatively quiet stretch of time, there’s been a flurry of activity in the tobacco sector over the past few years, both from product development and regulatory standpoints.

Facing a continual decline in the number of traditional cigarette smokers, startup and established companies alike began introducing different formats and flavors of products aimed at various users and demographics. At the same time, amid fresh concerns about the health-and-wellness impact of nicotine and other substances — especially among young people — governmental authorities have stepped in to moderate, regulate and, in some instances, ban items.

One major ban came just this summer. On June 23, the U.S. Food & Drug Administration (FDA) prohibited the sale of vaping and e-cigarette products from Washington, D.C.-based Juul Labs Inc., based on “insufficient and conflicting” data. In issuing marketing denial orders to the country’s largest electronic-cigarette company for its Juul device and four types of Juul pods, the FDA declared that it’s halting retail sales of the products but not restricting an individual’s possession or use.

“The FDA is tasked with ensuring that tobacco products sold in this country meet the standard set by the law, but the responsibility to demonstrate that a product meets those standards ultimately falls on the shoulders of the company,” explained Michele Mital, acting director of the FDA’s Center for Tobacco Products, at the time of the ban. “As with all manufacturers, Juul had the opportunity to provide evidence demonstrating that the marketing of their products meets these standards. However, the company did not provide that evidence and instead left us with significant questions. Without the data needed to determine relevant health risks, the FDA is issuing these marketing denial orders.”

In its announcement, the FDA encouraged retailers to work with their suppliers to determine whether they can carry certain items. The agency noted, “Manufacturers will be the best source of that information, and retailers should rely on manufacturers directly to inform decisions about which products to continue selling.”

Not long after, a U.S. appeals court in the District of Columbia granted Juul an emergency reprieve to freeze the ban until it decides on whether to uphold the decision. As of this writing, Juul had until July 12 to respond in kind to any FDA motion regarding the appeals court ruling.

In addition to clamping down on Juul products that have been particularly favored by youths, the FDA is pursuing other regulations related to nicotine and tobacco. Also this summer, the FDA revealed that it’s working on plans for a proposed public standard that establishes a maximum nicotine level.

Last year, the FDA took aim at menthol, proposing a ban on it as a “characterizing flavor” in cigarettes and barring all characterizing flavors in cigars. The FDA recently extended the deadline for public comments on both of those issues from July 5 to Aug. 2 of this year. 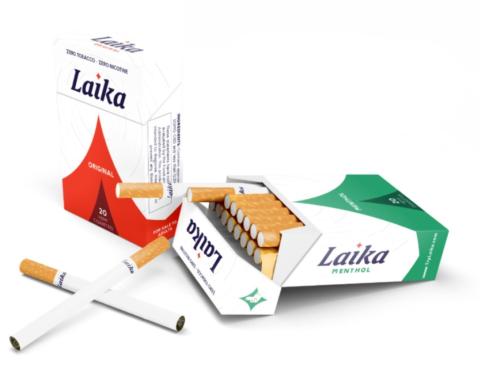 Cajun Cigar Czar LLC has reached an agreement with Laika Brands to sell Laika hemp cigarettes in stores across the United States.

The Current Crop of Tobacco and Nicotine Products

The withdrawal of Juul’s vape pens and pods from retail shelves still leaves other e-cigarettes and noncombustible products on the market. Brands including Logic, Njoy and Vuse (from R.J. Reynolds Vapor Co.) have been authorized by the FDA and are available at select retail locations. In fall 2021, Vuse was granted marketing orders for its original flavored Vuse Solo e-cigarette.

Given the controversies and concerns about e-cigarettes, some retailers have gotten out of the business of selling them. In 2019, Walgreens said that it would cease sales of such items nationwide as health officials and agencies across the federal and local government evaluated the effects. That same year, The Kroger Co. and Walmart also halted sales of e-cigarettes.

Although that segment has been shrinking, e-cigarettes aren’t the only alternative to traditional cigarettes. The broader tobacco market also includes smokeless tobacco and at least 23 other electronic nicotine delivery system (ENDS) products authorized by the FDA, including hookah pens and e-pipes.

New additions are providing other options for smokers. For example, in addition to mainstay cigarette brands and products from Philip Morris and R.J. Reynolds, the market has widened to include offerings like organic tobacco products from the American Spirit brand, known for its colorful packaging.

Another new entry is described as the market’s first cigarette authorized by the FDA to help smokers cut down. Containing 95% less nicotine than conventional cigarettes, VLN was developed by the agricultural biotech company 22nd Century Group, following a decade of research and independent clinical trials.

The FDA classifies VLN a modified-risk tobacco product (MRTP), making it the first of that kind, according to the company. “We believe that the MRTP set will be the latest innovation in tobacco merchandising as displays shift from cigarettes to OTP [other tobacco products] to ITP [investigational tobacco products] and now to MRTP, and that grocers are uniquely positioned to capture a large share of this emerging category,” asserts John Miller, who directs the growth of the reduced-nicotine tobacco business for Buffalo, N.Y.-based 22nd Century Group.

VLN was initially available through a pilot program at select Circle K convenience stores in the Chicago area. In addition to the convenience factor, Miller cites other reasons that retailers, including traditional grocers, can do well with these new products. “Although early in the program, the trends are leading us to believe adult VLN customers purchase larger quantities of product per transaction,” he says. “The belief is that an adult smoker who is desiring to smoke less wants to purchase an entire carton of VLN Cigarettes and avoid the temptation of regressing back to old habits and focus on their VLN journey.”

Miller adds that some states, including Colorado and Connecticut, are already creating taxation advantages for MRTP products.

As for demand, Miller makes a comparison to other commonly consumed products. “Based on the experience and results in the nonalcoholic beverage category, as well as the decaffeinated coffee category, it’s understood adult consumers want choices and solutions,” he says.

Akin to an e-cigarette and billed as an alternative to vaping, Iqos is described as a “heat stick” that heats up instead of burning tobacco. To avoid the backlash that erupted over marketing flavored tobacco products to kids, Iqos products are restricted to adult use.

Finally, as consumers look for alternatives to traditional cigarettes, non-tobacco and nicotine-free herbal cigarettes increasingly have a place. In June, for example, Charlotte, N.C.-based Cajun Cigar Czar LLC reached an agreement with Las Vegas-based Laika Brands to sell Laika hemp cigarettes in stores across the United States. Although herbal and hemp cigarettes are commonly sold at independent shops that specialize in tobacco and cannabis in states where use of the latter is legal, retail giant Amazon sells herbal cigarettes on its website.