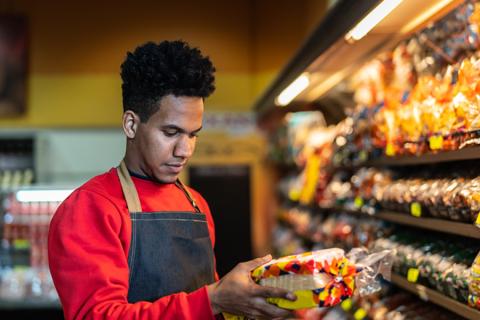 Grocers naturally have a keen interest in the U.S. Department of Labor’s (DOL) revised rule regarding the minimum salary required to qualify for exemption from overtime. Before delving into the proposed rule issued on March 7 of this year, however, let’s revisit the past two years, during which retailers were in limbo waiting for new regulations.

In May 2016, the DOL, under President Obama, proposed a rule to increase the minimum salary required to qualify for white-collar exemptions from $23,600 annually, or $455 per week, to $47,476 annually, or $913 per week, with automatic increases every three years. Retailers and other employers grappled with these proposed overtime regulations and expressed deep concern regarding the profound impact they would have on retailers nationwide.

As David French, SVP of government relations at the Washington, D.C.-based National Retail Federation (NRF), said in November 2016, “DOL’s new overtime rules are a massive failure. . . . They are a failure to listen. And, most of all, they are a failure to face reality.”

The NRF pointed to serious impacts on employee morale, especially among managers who would have been reclassified as nonexempt employees; a slowdown or freeze in hiring; an increase in hiring of part-time workers; and a surge in payroll and operations costs estimated at $5.2 billion per year.

While this rule was scheduled to be implemented on Dec. 1, 2016, a preliminary injunction prevented this just days before that date. After ongoing litigation involving employers and industry groups, the 2016 proposed rule never went into effect.

In July 2017, the DOL issued a request for information seeking comments from the public concerning the salary test (among other items), in which the DOL noted, “The Department is aware of stakeholder concerns that the standard salary level set in the 2016 Final Rule was too high.” Retailers have anxiously been looking to the Trump administration for a more balanced proposed rule for nearly two years.

As mentioned above, on March 7, the DOL issued a notice of proposed rulemaking and request for comments. The core proposal increases the minimum salary required to be exempt from overtime pay as an executive, administrative or professional employee from $23,600 annually, or $455 per week, to $35,308 annually, or $679 per week.

Although the DOL hasn’t proposed changes to the job duties associated with exempt status, the DOL’s proposal represents a salary increase of nearly 50 percent. If the rule becomes final, this would be the first increase in the salary basis since 2004. Unlike the previous proposed rule, automatic increases aren’t included.

The DOL estimates that approximately 1.1 million exempt employees would be affected by the increased salary threshold. In the retail and grocery industries in particular, the positions most directly affected by the proposed rule are those treated as exempt but paid a salary of less than $679 per week — likely assistant managers in specific departments such as deli, floral and bakery.

Small and midsize store managers may also be affected, presuming that classification is dependent on store-based factors like number of employees and revenue. Other grocery functions, like merchandising, buying and accounting, may also be affected by the new rule. According to the current data posted on Salary.com, the average salary of an assistant manager in a grocery retailer is $55,488, well above the new proposed standard. The average salary range typically falls between $50,110 and $61,099, with the bottom of the range still falling above the new proposed salary standard.

How Grocers Can Get Ready

To address this new development, the DOL suggests that employers raise salary levels, reorganize workloads, adjust work schedules, and/or spread out work hours to avoid overtime work – and thus payment – if a job is reclassified. Realistically, grocery retailers can do three primary things to prepare for the upcoming changes.

First, grocery employers may want to consider collecting and analyzing salary and pay information and identifying all currently exempt employees who are being paid below the proposed new salary threshold. Employers may also want to look at nondiscretionary annual bonuses and incentive payments, which will count toward salary for up to 10 percent of the salary amount, provided the payments are made no less frequently than annually. Note, however, that nondiscretionary bonus payments to highly compensated employees won’t count. Changes regarding highly compensated employees haven’t been addressed in the current proposal, although the salary threshold has jumped from $100,000 to $147,414 annually and could impact 200,000 workers nationally by DOL estimates.

Third, retailers could model the potential changes and the potential consequences, including consulting and preparing key stakeholders for the possible impact and organizational changes that may occur.

Retailers have until May 21 to comment on the proposed rule, which was published in the Federal Register on March 22. Comments seemingly had a significant impact on the rule formulated and proposed by the DOL in 2016, so comments from grocers this time around may also prove to be helpful.

Send a Message
Nonnie Shivers is a shareholder in the Phoenix office of Ogletree Deakins, one of the largest labor and employment law firms representing management. Read More