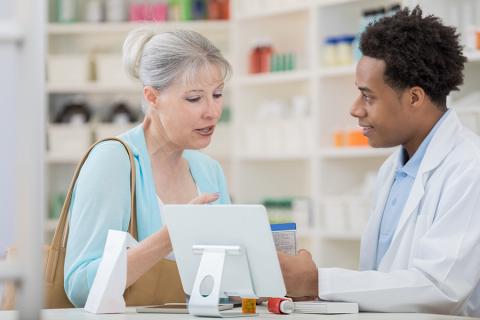 Along with the availability of health-and-wellness services, friendly service is a key factor in high levels of customer service at brick-and-mortar pharmacies

What’s more, among the different pharmacy segments, supermarkets garnered the highest levels of overall customer satisfaction, earning a score of 863.

The annual study, now in its 10th year, discovered that the key factors influencing the highest levels of customer satisfaction included the availability of health-and-wellness services in brick-and-mortar pharmacies and the timeliness of delivery for mail-order pharmacies.

"The retail pharmacy business has been in the spotlight ever since Amazon announced in June 2018 that it’s getting into the space,” noted Greg Truex, senior director and healthcare practice leader at Costa Mesa, Calif.-based marketing information services company J.D. Power. “Amazon, or any other organization looking to disrupt the $100 billion U.S. mail-order pharmacy market, will have their work cut out for them. Legacy pharmacy players have invested heavily in delivering superior service, while brick-and-mortar pharmacies are starting to reap significant customer satisfaction gains from retail-style clinics offering health-and-wellness services."

The 2018 study is based on responses from 10,749 pharmacy customers who filled a prescription during the three months prior to the survey period of May-June 2018.

Rochester, N.Y.-based Wegmans is No. 14 on Progressive Grocer’s 2018 Super 50 list of the top grocers in the United States, while Bentonville, Ark.-based Sam’s Club is a division of Walmart Inc., which came in first in the annual ranking.