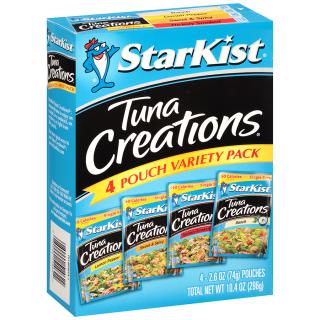 StarKist Tuna Creations are among the company's products carried by Walmart

Walmart Inc. and StarKist Co. have come to a settlement agreement resolving all antitrust claims brought by the retailer.  The StarKist portion of the settlement is valued at $20.5 million, based on a combination of cash payment and certain favorable commercial terms, which, according to the Pittsburgh-based seafood purveyor, a subsidiary of the Dongwon Group, would further bolster the two companies’ business relationship.

“The resolution is a business-oriented and reasonable one, which sets a benchmark for resolving remaining matters with our other valued customers,” said Scott Meece, StarKist’s general counsel and SVP, while Andrew Choe, the company’s president and CEO, noted: “StarKist is committed to being a socially responsible company, and we are pleased to resolve this lawsuit with our largest customer under fair and reasonable terms. We will continue to conduct our business with the utmost transparency and integrity, and we hope to resolve the remaining lawsuits with our other customers under similarly fair and mutually beneficial terms.”

Last May, Walmart, No. 1 on Progressive Grocer’s 2018 Super 50 list of the top grocers in the United States, reached a deal with Chicken of the Sea International, under which the seafood provider agreed to pay a cash settlement and the two companies would take part in  joint programs and new product promotions in Walmart stores, including the launch of new products across the chain. El Segundo, Calif.-based Chicken of the Sea has since settled with 29 other grocer retailers and distributors.

The mega-retailer filed suit in 2016 against the so-called “big three” tuna providers – Chicken of the Sea, StarKkist and Bumble Bee – alleging a conspiracy to fix prices of shelf-stable seafood sold in the United States. Other major U.S. grocers that have sued the companies, however, including Wegmans Food Markets, The Kroger Co., Albertsons Cos., Hy-Vee, Publix Super Markets and Meijer, have not as yet reached settlements.

Last October, StarKist agreed to plead guilty to conspiring to fix prices of packaged seafood sold in the United States, According to a one-count felony charge filed Oct. 18 in the U.S. District Court for the Northern District of California in San Francisco, the Pittsburgh-based company and other major shelf-stable seafood providers agreed to fix the prices of canned tuna from as early as November 2011, through at least as late as December 2013. Individuals charged with price-fixing over the course of the Department of Justice investigation include former Starkist SVP Sales Stephen L. Hodge.