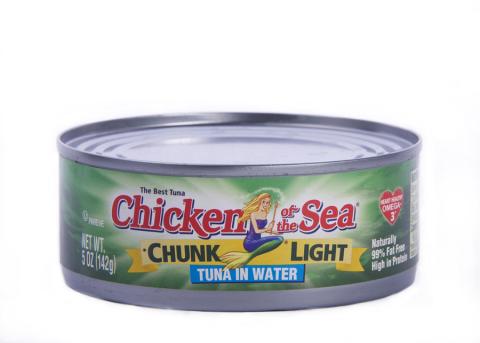 Under the terms of their settlement of a lawsuit, Chicken of the Sea and Walmart will team up on product launches and promotions

Walmart Inc. and seafood provider Tri-Union Seafoods LLC, which does business as Chicken of the Sea Chicken of the Sea International, have reached an agreement resolving antitrust claims brought by the retailer in relation to a price-fixing scheme affecting canned tuna, of which Bentonville, Ark.-based Walmart is the largest U.S. retailer.

Under the terms of the multi-pronged agreement, Chicken of the Sea will pay a cash settlement and the two companies will take part in a series of joint programs and new product promotions in Walmart stores, including the launch of new products across the chain.

A Walmart spokesman quoted in the Pittsburgh Post-Gazette declined to discuss the settlement’s terms, saying only that the mega-retailer is “pleased to have settled the matter.”

“Our partnerships with retailers are important to the success of our business,” added Darren Parsons, Chicken of the Sea’s VP, retail sales and business development. “The agreement we reached with Walmart highlights our commitment to achieving successful outcomes with our retail partners. We are confident that with Walmart, we will offer our shared customers the healthy, sustainably sourced seafood products they expect from us. We are also excited about a number of consumer-driven innovations in the pipeline that we will bring to market across all of our retailers.”

The settlement comes on the heels of the indictment of Christopher Lischewski, president and CEO of rival packaged seafood supplier Bumble Bee Foods LLC, for his role in an alleged conspiracy to fix prices of shelf-stable seafood sold in the United States. Two other tuna company executives from Bumble Bee, as well as the company itself, have already pleaded guilty, as has a former StarKist executive.

Concurrently, the U.S. Department of Justice is continuing to look into the price-fixing allegations as part of a criminal antitrust investigation.