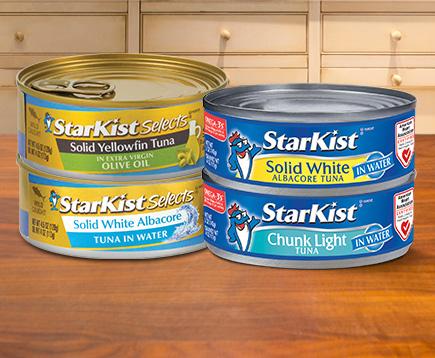 StarKist Co. has agreed to plead guilty to conspiring to fix prices of packaged seafood sold in the United States, the U.S. Department of Justice has revealed.

According to a one-count felony charge filed Oct. 18 in the U.S. District Court for the Northern District of California in San Francisco, the Pittsburgh-based company and other major shelf-stable seafood providers agreed to fix the prices of canned tuna from as early as November 2011, through at least as late as December 2013.

As well as pleading guilty, StarKist will cooperate in the investigation. Although the company faces a criminal fine of up to $100 million, the actual amount of the fine will be determined at a sentencing hearing, and the plea agreement is subject to court approval.

“The conspiracy to fix prices on these household staples had direct effects on the pocketbooks of American consumers,” noted Assistant Attorney General Makan Delrahim of the Justice Department’s Antitrust Division.  “All Americans have the right to the benefits of free and open competition — the best goods and services at a price free from collusion.  We will continue to hold companies and individuals who cheat consumers accountable.”

“Our citizens’ confidence in the ability to buy goods within an unbiased market is key to sustaining an efficient and fair economy,” noted Special Agent in Charge John F. Bennett, FBI San Francisco. “This investigation stands as a symbol of our commitment to holding corporations and senior leadership accountable and ensuring that activities such as price fixing will not be tolerated.”

To date, six charges, including one charge of price-fixing against former Starkist SVP Sales Stephen L. Hodge last year, have resulted from the federal antitrust investigation into the packaged seafood industry, which is being conducted by the Antitrust Division’s San Francisco Office and the FBI’s San Francisco Field Office. The investigation has focused on the three tuna companies that dominate the U.S. market: Tri-Union Seafoods’ Chicken of the Sea, Bumble Bee Foods LLC and StarKist.

Retailers including Walmart, Kroger, Wegmans and Albertsons have joined a class action against the so-called “Big Three” tuna companies in relation to the alleged price-fixing scheme, although Walmart came to a settlement earlier this year with Chicken of the Sea.