Founded in 1963, Tokyo-based Seiyu operates more than 300 stores throughout Japan.

Global investment firm KKR and Rakuten DX Solution, a subsidiary of internet services company Rakuten, have completed their previously reported share purchases in Japanese retailer Seiyu GK from Walmart. As a result of the transactions, KKR owns a 65% stake in Seiyu, and Rakuten DX Solution owns a 20% stake in the company. Walmart, meanwhile, retains a 15% stake in Seiyu. New York-based KKR is making its investment from its Asia private equity fund.

Under the new ownership structure, Seiyu can avail itself of the combined retail expertise and innovation of KKR, Rakuten and Walmart, as well as ramp up its digital transformation to become Japan’s top omnichannel retailer.

In 2020, Seiyu achieved its highest sales and profitability levels of the past decade, with net sales growing by 5.6% to JPY785 billion (U.S. $736 billion), generating an EBITDA margin of nearly 5%. Over the past two consecutive fiscal years, Seiyu gained market share and boosted profitability. Cumulatively over this period, Seiyu comparative-store sales grew 180 basis points faster than the market and EBITDA rose by also 40%. Further, the Rakuten Seiyu Netsuper delivery service, jointly operated by Seiyu and Tokyo-based Rakuten, logged a nearly 40% year-on-year increase in gross merchandise sales in the fourth quarter of 2020. With the significant increase in demand for online supermarkets over the past year, a dedicated fulfillment center began operations in Yokohama this past January, and a new fulfillment center is slated to open in Ibaraki within the year to meet the rising demand.

Along with the completion of the transactions, the shareholders confirmed the appointment of Tsuneo Okubo as CEO of Seiyu, effective immediately. Okubo’s long career in Japanese retail includes senior roles for national supermarket chains. He brings to his latest position extensive experience in digital innovation, improving the operations of physical stores and localizing businesses to meet the changing expectations of Japanese shoppers.

“I am thrilled to be joining Seiyu at such an important moment in its history,” said Okubo. “Together with KKR, Rakuten and Walmart, we have a tremendous opportunity to build on Seiyu’s achievements and stature in the market to take its business to the next level of success. Looking ahead, we are excited to accelerate Seiyu’s digital transformation to better meet the evolving shopping needs of our customers while continuing to expand on strong in-store presence in communities across Japan. I want to thank my predecessor, Lionel Desclée, for his leadership, and I look forward to working with our talented team of associates to build on Seiyu’s progress to become Japan’s leading omnichannel retailer.”

Founded in 1963, Tokyo-based Seiyu operates more than 300 stores throughout Japan. Through its supermarket and hypermarket formats and Rakuten Seiyu Netsuper, the company offers customers a broad assortment that includes fresh food, general merchandise and apparel products across the country.

“Seiyu was a publicly held company that Walmart initially acquired a small stake in many years ago and built up its position over time,” noted Mike Troy, editorial director of Progressive Grocer. “Japan was the second-largest economy at the time, but then realization of slow growth set in, so now it appears that [Walmart] is coming full circle and selling their majority position and going back closer to their initial level.”

In other Walmart news, Brothers Mohsin and Zuber Issa, founders and co-CEOs of EG Group, a worldwide convenience retailer based in the United Kingdom, and investment funds managed by TDR Capital LLP, a U.K.-based private equity firm, last month completed the acquisition of Asda, Walmart’s wholly owned U.K. business, for an enterprise value of £6.8 billion (U.S. $9.42 billion), on a debt-free and cash-free basis. The Issas and TDR acquired a majority ownership stake in Asda, while Walmart retains an equity investment in the business, with an ongoing commercial relationship and a seat on the board.

Bentonville, Arkansas-based Walmart operates more than 11,400 stores under 55 banners in 26 countries, and e-commerce websites, employing 2.2 million-plus associates worldwide. Walmart U.S. is No. 1 on The PG 100, Progressive Grocer’s list of the top food and consumables retailers in North America, while Walmart-owned Sam's Club ranks No. 9 on the list. 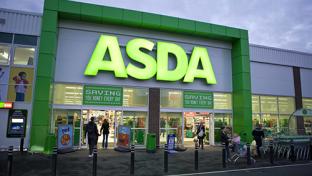 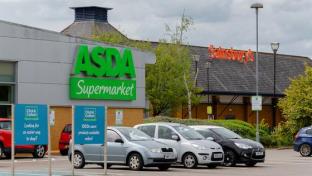 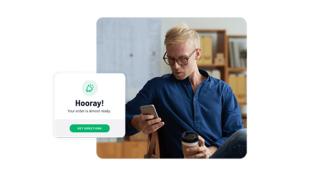 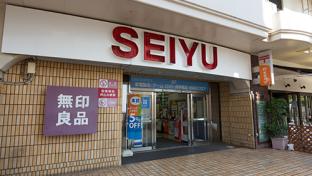 Walmart Says It's Not Looking to Exit Japan