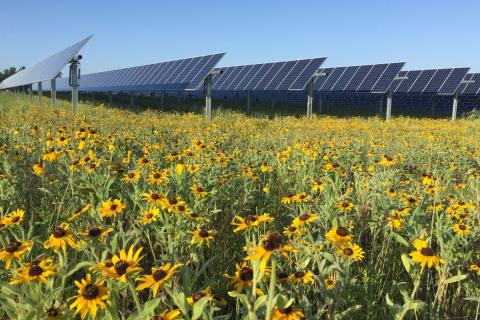 Walmarthas revealed a comprehensive new pollinator health policy, which advocacy group Friends of the Earth characterizes as the most far-reaching of any U.S. food retailer so far. The new policy from the world’s largest retailer aims to help protect bees and other pollinators that are essential to one out of every three bites of food people eat.

The new policy requires that all global fresh produce and floral suppliers to Walmart U.S. adopt Integrated Pest Management (IPM) practices, as verified by a third-party certifier, by 2025. Walmart is the first U.S. food retailer to adopt a timebound commitment to expand ecological farming methods in its supply chain.

The retailer will encourage fresh produce suppliers to protect, restore or establish pollinator habitats by 2025 on at least 3% of land they own, operate and/or invest in and report annual progress, and it will continue to avoid selling invasive plant species in retail stores.

Walmart’s policy also encourages non-organic produce suppliers to discontinue the use of chlorpyrifos and neonicotinoids and not to replace them with other products with a level I bee precaution rating. Other major U.S. food retailers have adopted policies encouraging reduction of these pesticides, including Aldi, Costco, Kroger and Rite Aid, but only Walmart has committed to track their use in its supply chain to boost transparency and assess annual progress.

Further, Walmart is asking suppliers to label pollinator-friendly plants as attractive to pollinators at its retail locations. Beginning this month, plants that attract pollinators will feature special tags to help customers grow their own pollinator gardens. A total of more than 1.3 million annual and perennial pollinator-promoting plants will carry tags in the chain’s stores this spring.

“Driving the scale of our collective pollinator commitments through our supply chain can create industry-leading changes and have a significant positive impact for the future of our planet,” noted Martin Mundo, SVP, general merchandise manager, produce and global produce sourcing, Walmart U.S., in a blog post. “It can also help prevent mornings without orange juice and summer picnics without strawberries — as long as we work together to protect the pollinators that serve the earliest roles in getting some of our favorite foods from farm to table.”

As a result of its new policy, the company has moved from an “F” to first place on Friends of the Earth’s Bee-Friendly Retailer Scorecard, which ranks top U.S. grocery retailers on how well they protect pollinators from toxic pesticides. Walmart’s commitment comes in the wake of a multiyear effort focusing on U.S. food retailers, led by Friends of the Earth and more than 100 environmental, consumer, farmer and farmworker organizations.

“Scientists across the world are sounding the alarm that we are in the midst of an ‘insect apocalypse,’ driven in large part by toxic pesticides,” said Kendra Klein, senior staff scientist at Washington, D.C.-based Friends of the Earth. “Walmart’s policy is a major step in the right direction, but with 40% of insect pollinators facing extinction, all retailers must accelerate a race to the top before pollinators lose their race against time.”

Without pollinators, grocery stores would run short of a broad range of fruits and vegetables, nuts, beans, and even chocolate and coffee. Additionally, since bees pollinate alfalfa and other crops eaten by cows, dairy and meat cases would be depleted without them.

Bentonville, Arkansas-based Walmart operates more than 11,300 stores under 56 banners in 27 countries, and e-commerce websites, employing 2.2 million-plus associates worldwide. Walmart U.S. is No. 1 on The PG 100, Progressive Grocer's list of the top food and consumables retailers in North America, while Walmart-owned Sam's Club ranks No. 9 on the list. Also in PG’s ranking are Cincinnati-based Kroger, at No. 3; Issaquah, Washington-based Costco, at No. 5; Camp Hill, Pennsylvania-based Rite Aid, at No. 18; and Batavia, Illinois-based Aldi U.S., at No. 26.