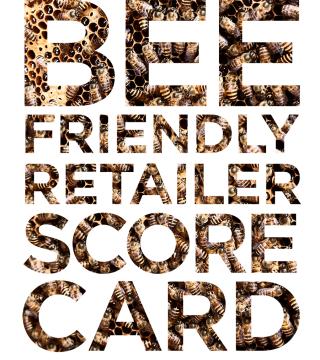 In releasing its Bee-Friendly Retailer Scorecard, Friends of the Earth noted that Giant Eagle will stop using neonic pesticides, which are highly toxic to pollinators, in its produce supply chain.

Giant Eagle has unveiled a new policy making it the only major U.S. food retailer to commit unequivocally to reducing pollinator-toxic pesticide use, according to a Bee-Friendly Retailer Scorecard released by Friends of the Earth. Under the policy, Giant Eagle will cease using neonic pesticides, which are highly toxic to pollinators, in its produce supply chain, at a time when 40% of invertebrate pollinators like bees and butterflies face extinction, according to the advocacy group.

“Giant Eagle’s new policy is a great first step and is welcome news amidst a worsening climate crisis and what scientists are calling the ‘insect apocalypse,’” observed Kendra Klein, senior staff scientist at Washington, D.C.-based Friends of the Earth. “Widespread use of toxic pesticides is decimating pollinator populations. We are already seeing shortages in key food crops in the U.S. due to pollinator declines. Food retailers have the power to help stop this by phasing out toxic pesticides in their supply chains. These companies should help growers shift to less toxic approaches and spur a transition to organic farming, which is healthier for pollinators, people and the planet.”

Friends of the Earth’s scorecard ranks 25 of the top U.S. food retailers on policies and practices regarding pesticide use in their food and beverage supply chains. In addition to Giant Eagle, over the past year Albertsons, Aldi US and Rite Aid have rolled out pollinator health policies encouraging reductions in bee-toxic pesticides, and Kroger expanded its similar policy. Costco was the first major U.S. food retailer to implement a pollinator health policy, in 2018. However, only Giant Eagle’s policy features a measurable commitment to lower use of pollinator-toxic pesticides in its food supply chain.

Even with its new policy, though, Giant Eagle earned only a D+ on the scorecard, with an overall score of 52.5. The top scorers were Whole Foods Market and Costco, each of which received a C, with 73 points. Rite Aid managed to get a D+, with 49 points, while Albertsons, Aldi, Kroger and Trader Joe’s each garnered a D for their efforts. Bringing up the rear were Ahold Delhaize, CVS, Target, Wegmans Food Markets, Amazon, Walgreens, Walmart, H-E-B, BJ’s Wholesale Club, Dollar General, Dollar Tree, Hy-Vee, Wakefern Food Corp., 7-Eleven, Meijer, Publix Food Markets and Southeastern Grocers, each of which were given a failing grade of F.

While agriculture accounts for the vast majority of pesticide use, the scorecard also gave points to nine companies for complementary policies in their home and garden supply chains, including credit to Costco, Ahold Delhaize and CVS for commitments to stop selling Roundup and other glyphosate-based products.

The rollout of these pollinator policies comes after a multiyear effort headed by Friends of the Earth and allies urging the companies to phase out toxic pesticides use, help farmers to transition to least-toxic approaches and increase organic offerings. The initiative seeks to stem concerning losses in pollinator populations linked to agricultural pesticide use.

“These days, we’re ever more aware of how brittle the systems that support us are,” added Klein. “From coronavirus to climate change, our food system is facing profound threats that could result in bare shelves at the grocery store. Among these threats is the decimation of the bees and other essential pollinators that are responsible for one in three bites of food we eat. It’s imperative that food retailers step up to protect the small but mighty creatures that their food supply chains depend on.”

Pollinators contribute to more than $500 billion in annual global food production. Without pollinators, grocery stores would experience shortages of many fruits and vegetables, nuts, beans, and luxury items like chocolate and coffee. Further, because bees pollinate alfalfa and other feed crops for cows, dairy and meat supplies would be affected.

U.S. beekeepers lost more than 40% of their colonies last year, with the highest-ever winter losses recorded. The first meta-analysis of global insect declines found that 40% of insect species could become extinct in the next decades, spurring the authors to urge a change in farming methods as a way to avoid “catastrophic ecosystem collapse.”

Despite such dire predictions, while 23 of the 25 U.S. food retailers ranked in the scorecard have sustainability policies related to energy and climate, only six currently have a pesticide-related policy.

Friends of the Earth gave scorecard grades based on publicly available information on retailer policies and self-reported information concerning retailer practices. The group also contacted retailers directly, giving them the chance to review their draft score and provide additional information. Among the scoring criteria were creating pollinator health policies, tracking and measurably reducing pesticide use in supply chains, expanding organic offerings, and investing in the expansion of the U.S. organic sector, along with consumer education, advocacy for public policies that move government support from pesticide-intensive agriculture to organic and other ecological farming systems, and pesticide reductions in companies’ home and garden supply chains.

More than 100 beekeeping, farming, food-chain worker, consumer and environmental organizations have teamed up with Friends of the Earth to press grocery retailers to take immediate action on pesticides.

Giant Eagle operates more than 470 stores throughout western Pennsylvania, Ohio, northern West Virginia, Maryland and Indiana. The Pittsburgh-based company is No. 39 on The PG 100, Progressive Grocer’s 2020 list of the top food retailers in North America.