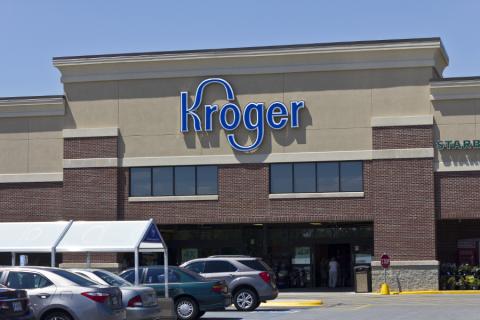 The Kroger Co. has enacted a new policy to protect pollinators that includes a commitment to phasing out sourcing in stores and garden centers of live garden plants that have been treated with neonicotinoids, a group of insecticides that are harmful to honeybees, by 2020.

Currently, the majority of live plant sales in Kroger’s garden centers and outdoor floral sections aren’t treated with neonicotinoids during the growing process. The retailer’s suppliers are actively seeking alternative options for the remaining products, and the grocer is committed to working with them to ensure proper alternatives have been identified by 2020. It also will track, measure and report on the progress against the commitment.

Kroger plans to rely on the expertise of the U.S. Environmental Protection Agency and other scientific experts to evaluate any possible updates to the policy.

“The Kroger Co. recognizes the global honeybee population is vulnerable, with research indicating that a cause may include the use of pesticides containing neonicotinoids,” the retailer said. “Due to the potential risk to the honeybee population, we are committing to eliminate the sourcing of live outdoor plants in our stores and garden centers that have been treated with pesticides containing these neonicotinoids by the year 2020. This policy is inclusive of outdoor plants known to be pollinated by honeybees or known to attract honeybees.”

The company remains open to continued engagement and dialogue with stakeholders on this important topic and will revisit and update its policy in the future. The new policy follows.

Kroger also offers one of the largest organic produce departments in America, which is desirable for customers seeking to minimize potential exposure to synthetic pesticides. Representing nearly 20 percent of America's annual organic produce business, Kroger sales in this sector reached $1 billion in 2017. A dedicated procurement team partners with more than 300 organic produce growers and suppliers every year to bring customers a growing selection of organic fruits and vegetables.

Cincinnati-based Kroger operates 2,800 retail food stores under various banner names, employing nearly half a million associates. The retailer landed the No. 2 spot of PG's 2018 Super 50 list of top grocers, logging $79.2 billion in sales during its most recent completed fiscal year.