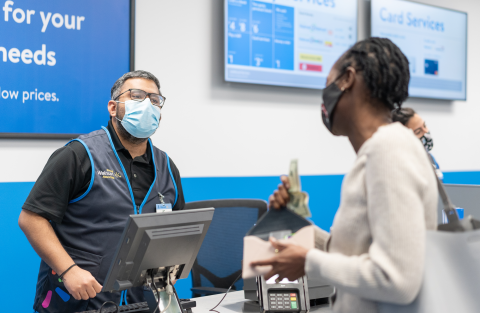 According to Walmart, it “disrupted” the money transfer market in 2014 by introducing a white label money transfer service that offered much lower prices than competing services.

In response to a lawsuit filed earlier this month by the Federal Trade Commission (FTC) in the U.S. District Court in Chicago, alleging that Walmart Inc. repeatedly failed to protect customers of its money transfer business from fraudsters, the retailer has issued a statement characterizing the claims as “factually flawed and legally baseless.”

According to the FTC’s lawsuit, as reported by The New York Times and other news outlets, Walmart didn’t implement anti-fraud policies for many years after launching its money transfer service, and even after such policies were rolled out, associates received little training in how to detect fraud and, in some cases, were even involved in schemes like accepting cash tips from scammers for enabling the fraud.From 2013 to 2018, up to $197 million in payments that were the subject of fraud complaints were sent or received at Walmart, the commission said.

“While scammers used its money transfer services to make off with cash, Walmart looked the other way and pocketed millions in fees,” noted Samuel Levine, director of the FTC’s Bureau of Consumer Protection. “Consumers have lost hundreds of millions, and the commission is holding Walmart accountable for letting fraudsters fleece its customers.”

In its statement responding to the FTC’s complaint, Walmart noted that its “robust anti-fraud efforts … have helped protect countless consumers, all while Walmart has driven down prices and saved consumers an estimated $6 billion in money transfer fees.” It also accused the commission of attempting “to blame Walmart for fraud that the agency already attributed to [one of the third-party companies that administer the money transfers] while that company was under the federal government’s direct supervision.”

Beyond the statement, Walmart published a longer blog post in which it expanded on its original comments and vowed to “defend against this lawsuit aggressively.” The blog post also detailed the company’s fraud-fighting efforts, which include working with law enforcement, nonprofit and private-sector partners, and educating consumers.

According to Walmart, it “disrupted” the money transfer market in 2014 by introducing a white label money transfer service that offered much lower prices than MoneyGram and Western Union, causing those companies to cut their prices and enabling low-income and unbanked consumers to save money.

The retailer has also filed a Freedom of Information Act request based on its contention that “the investigation and vote to proceed with a complaint against Walmart have been riddled with a lack of transparency and a host of procedural irregularities,” thereby raising “serious questions about the agency’s motivations in pursuing Walmart for the misconduct of third-party fraudsters.” The request, which was filed June 3 by the Chicago-based law firm of Latham & Watkins on behalf of Walmart, requests “all documents and communications” relating to the FTC’s knowledge of third-party company MoneyGram’s anti-fraud interdiction system failure.