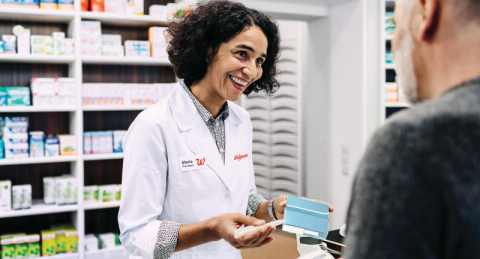 Walgreens has taken another significant step to create a differentiated working environment.

In response to feedback from its pharmacy team members, Walgreens is eliminating all task-based metrics for retail pharmacy staff as part of their performance reviews. The change in approach to talent management enables Walgreens’ 24,000-plus pharmacists to practice at the top of their license while creating a differentiated work environment within its pharmacies nationwide.

“We’re proud to take a strong position in the industry with this measure, one we are taking due to feedback from our pharmacy team members and also as part of our commitment to pharmacy quality and patient care,” said Holly May, EVP and global chief human resources officer at Walgreens Boots Alliance. “We’ve continued to make investments to elevate the role of our pharmacists and to foster an environment that enables them to best care for our patients and customers. Coupled with other infrastructure enhancements and technology investments, this allows our pharmacy team members to do the work they love and engage with our patients and communities in the way they were trained.”

Moving forward, pharmacy teams will be evaluated based solely on the behaviors that best support patient care and enhance the patient experience, in line with the company’s core values.

Walgreens has recently taken a number of additional steps to care for its team members, such as:

According to the company, its pharmacists are positioned to help improve patient outcomes and fill critical gaps within the U.S. health care system — an issue top of mind for many consumers.

According to “The Rx Report: A New Day in Retail Pharmacy,” from CVS Health and Morning Consult, nearly two-thirds (61%) of adults would like to get a greater range of health services from their local pharmacy. Seventy-four percent of survey respondents said that they trust their local pharmacist and pharmacy team and agree that pharmacists should provide health care services when primary care is unavailable. Growing interest in health care at retail is also reflected in the survey’s finding that a significant majority -- 69% of consumers -- believe that pharmacy services should be covered by insurance.

Walgreens is currently laying the groundwork for new areas of pharmacist care, such as testing and treating routine illnesses.

Deerfield, Ill.-based Walgreens, which operates nearly 9,000 retail locations across the United States, Puerto Rico and the U.S. Virgin Islands, is No. 5 on The PG 100, Progressive Grocer’s 2022 list of the top food and consumables retailers in North America. With its CVS Pharmacy subsidiary operating almost 10,000 locations nationwide, Woonsocket, R.I.-based CVS Health is No. 7 on The PG 100.