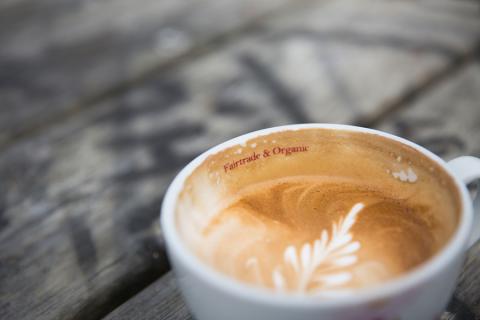 The United States currently ranks as the third-largest market for Fairtrade goods, behind the United Kingdom and Germany, according to Fairtrade International’s Annual Report. U.S. sales of Fair Trade products surpassed $1 billion, while global sales rose by 8 percent to almost $9.2 billion in 2017.

As well as being able to sell their goods on fairer terms, farmer and worker organizations received an estimated $193 million in funds to invest in projects of their choice – a 19 percent increase from the previous year. Farmers and workers elected to invest most of the funds in infrastructure and capacity building, bonuses for farmers and workers, and community development.

The release of the report comes at a time when the market price of coffee has dipped below $1 per pound for the first time in 12 years (the Fairtrade minimum price is $1.40). Cocoa also continue to be highly volatile, making it hard for farmers to plan for the future and provide for their families.

“Fairtrade’s strong growth is a good sign for farmers and workers, but current market conditions demonstrate that much more needs to be done to truly improve livelihoods,” said Stefanie Kruglik, impact and innovation manager at Washington, D.C.-based Fairtrade America, the U.S. member of the Fairtrade International system. “Fairtrade is one tool to help farmers and workers achieve a dignified income, but poverty is a complex problem. That’s why Fairtrade works closely with governments, civil society, businesses, farmers, workers and consumers to make trade work for people.”