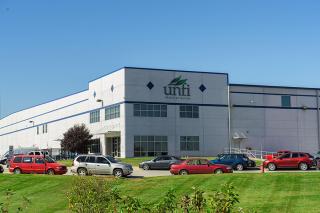 Total net sales for UNFI’s 2019 Q3 were $5.96 billion, an increase of $3.3 billion over last year, and includes $3.24 billion from Supervalu. Sales on the natural side, formerly UNFI’s business, increased 2.8 percent over last year even as softness across the industry continues to affect the top line. Sales from the conventional category, formerly Supervalu’s business, saw a slight decline to $3.24 billion.

The company, which announced in April that is operating under a national UNFI leadership team, is positioned well to capture the growth associated with the changing retail landscape, according to comments made by Chairman and CEO Steven Spinner, during the earnings call.

“I am truly excited about where we are and what we've accomplished. Our future is bright as we emerge as the leading North American distributor of retail products and services throughout the 50 states, Canada and the Caribbean,” he said.

Spinner noted that company will continue to be focused on five priorities moving forward:

Also during the call, Spinner noted that he expected the business to continue to prosper even while the retail sector is seeing slowing growth and fewer store openings, and that the impact of any proposed tariffs on goods, both from Mexico or China, will be low as the tariffs are likely to largely affect produce and seasonal products, both of which the wholesaler does limited business in.

The other channel grew by 36.5 percent and represented 6.0 percent of total net sales. Natural net sales in this channel decreased 15.3 percent, driven primarily by ecommerce declines where UNFI has not yet cycled the declines from the rationalization of lower profit businesses.