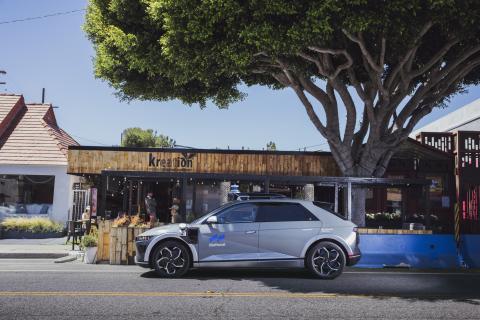 "At Uber, we're always looking for ways to use new technology to help consumers go anywhere and get anything," said Noah Zych, global general manager for the autonomous mobility and delivery business at San Francisco-based Uber. "We're thrilled to begin piloting with Motional in California and are eager to see how their promising autonomous technology will begin to change how people and goods move throughout the world for the better."

Participating merchants will receive a notification when the AV arrives, then meet the vehicle at the designated pick-up location and put the order in a compartment in the backseat. At the drop-off location, the customer will receive an alert, unlock the vehicle door via the Uber Eats app and collect their order.

The pilot program will allow the two companies to study the integration of their technologies, consumer demand, user interactions with the vehicle and other features needed to enable autonomous deliveries. Uber sees a long-term future with these types of deliveries for a variety of use cases.

Uber Eats recently expanded its partnerships with Albertsons Cos. and Cardenas Markets. The Albertsons partnership includes more than 2,000 of the grocer’s banner stores nationwide, among them Albertsons, Safeway, Jewel-Osco, Acme, Tom Thumb and Randalls. Hispanic grocer Cardenas Markets now offers on-demand and scheduled delivery via Uber Eats at all 59 of its stores.