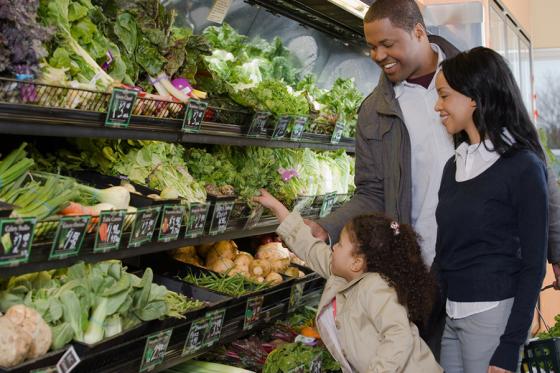 The recommendations of a report from a 13-member task force, assembled by the Washington, D.C.-based Bipartisan Policy Center (BPC) to bolster and enhance the Supplemental Nutrition Assistance Program (SNAP), have drawn varying reactions from industry groups, with food retailers objecting to the higher costs the recommendations would entail, while suppliers of nutritious fare like produce see them as commonsense measures that will help program participants achieve better health.

The task force’s SNAP recommendations are to prioritize nutrition – including the elimination of sugary beverages from the list of items that can be purchased with program benefits – strengthen education; align the program with Medicaid; and coordinate federal and state agencies and programs.

“After nearly three years and dozens of public hearings, it is unfortunate that the Bipartisan Policy Center lacks credibility as an integral part of the policy process in its release … of proposals related to SNAP that have been previously considered and rejected,” said Jennifer Hatcher, chief public policy officer and SVP, government relations at Arlington, Va.-based Food Marketing Institute (FMI). “Among the BPC’s recommendations are the imposition on food retailers of additional fees without any apparent added benefits to program participants, as well as the costly collection and reporting of store-level sales data that would constitute an anti-competitive food retail environment.”

Continued Hatcher: “FMI and its members are focused on working with lawmakers and current administration officials to identify real and thoughtful reforms that will improve the efficiencies and outcomes of the program, rather than increase costs for all customers. Sadly, the BPC’s eleventh-hour proposals are a distraction to a serious effort to develop a Farm Bill that can move through Congress and strengthen SNAP.”

“We are concerned with any proposal that would limit consumer choice in the marketplace and put new administrative burdens and fees onto retailers, who survive on 1-2 percent average profit margins,” noted Greg Ferrara, EVP of advocacy, public relations and member services for the Arlington-based National Grocers Association, which advocates for the independent grocery sector. “In addition to paying $70 billion a year in credit card interchange fees, retailers take on large equipment, compliance, and training expenses to participate in the SNAP program. Adding further costs would harm the ability of Main Street grocers to serve local communities and low-income populations.”

Unsurprisingly, the beverage industry was less than enthusiastic about cutting sugar-sweetened drinks from SNAP.

“We believe the Bipartisan Policy Center report should have recognized the latest government data showing that obesity rates have been rising despite a steady decline in soda consumption," Lauren Kane, spokeswoman for the Washington-based American Beverage Association (ABA), told Progressive Grocer. "It also should have recognized that families using SNAP benefits buy nearly the same number of beverages as those who do not. As a result, we believe it’s wrong to discriminate against families using SNAP benefits simply because they need assistance purchasing groceries."

Kane added that ABA "remain[s] committed to comprehensive actions to help cut sugar consumption in the American diet by ensuring consumers have a broad portfolio of products to choose from. Together, we are driving a reduction in the sugar and calories consumed from beverages across America providing new beverage options, educating communities and encouraging consumers cut back on calories and sugar, particularly in regions with high obesity rates."

Getting Serious About Health

Tom Stenzel, president and CEO of Washington, D.C.-based United Fresh Produce Association, however, characterized the task force’s report as “a critically important step forward to advance the conversation about how to maximize nutrition and healthy eating in the nation’s primary feeding program. … The BPC Task Force is to be commended for its clear linkage that healthy eating among SNAP recipients will have a direct positive impact on health outcome and reduce national health care costs.”

Stenzel applauded such policy recommendations to increase healthy eating among program recipients as “important incentives to consume more fruits and vegetables.” This is particularly crucial, he observed, since “[o]nly one in 10 Americans eat the recommended servings of fruits and vegetables, with consumption even lower for those living in poverty.”

Pointing out the federal government’s previous efforts “to better align feeding programs with sound nutrition,” including the addition of fruit and vegetable vouchers to the Women, Infant and Children (WIC) program, and making a clear connection between early child care and school breakfast and lunch programs in fulfillment of the Dietary Guidelines for Americans, Stenzel asserted: “It is now time for a serious discussion about how SNAP can be modernized to reflect the nutritional needs and health realities of SNAP recipients.”

According to Stenzel, United Fresh has championed such earlier initiatives as the Food Insecurity and Nutrition Incentive (FINI) program in SNAP, the aforementioned cash value voucher (CVV) for fruits and vegetables in WIC, and programs including the Fresh Fruit and Vegetable (FFVP) and minimum serving requirements in child nutrition programs.

“We stand ready to work with policymakers to ensure that the SNAP program begins to reflect these same health priorities to better serve its recipients’ health outcomes and reduce ever-increasing national health care costs,” he said.

In other SNAP news, the Trump administration’s proposed changes to the program, including the much-publicized “Harvest Box” initiative, have met with fierce resistance from grocers, particularly independent retailers operating on razor-thin margins.