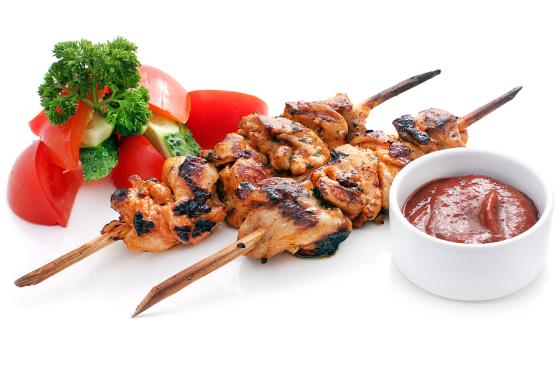 It’s tailgating season, that rite of fall signaling the kickoff of football parties and major holidays running straight through the year’s end.

Tailgating usually brings to mind wings, ribs, burgers and plenty of beer, but odds are good that some fans will prefer at least a few healthier offerings alongside the usual spread.

The evidence? More than one-third (36 percent) of consumers say that they follow a specific eating plan, with carb-trimmed and gluten-free diets among the most popular options, according to the 2018 Food & Health Survey, conducted by the Washington, D.C.-based International Food Information Council (IFIC) Foundation, which also found that three-quarters (77 percent) of consumers are trying to limit sugars, and seven in 10 (69 percent) prefer food choices with no artificial ingredients.

It’s a snap for retailers to highlight healthier grilling and football party fare throughout the store, especially time-saving ready-made and easy-to-assemble options.

In the produce department, fruit and vegetable trays are always popular, as is pre-cut produce for shoppers who prefer to customize their own trays. Also offer tips and quick recipes for less-typical options such as sweet potatoes, cauliflower steaks and seasonal fruit kabobs for the tailgate grill.

As for the requisite chips and dips, add interest and nutrition by promoting ready-made ethnic dips like hummus, tzatziki, baba ganoush, guacamole and salsa. They’re ready to pair with the multitude of vegetable and whole grain chips available today.

Light beers and wine are good choices for the beverage cooler. And remember those 77 percent of consumers who are trying to limit sugars, according to IFIC? Sixty percent of them do so by drinking water, so make sure to feature a display of plain and no-sugar flavored waters for them.

Team up with your retail dietitians to devise the best communications strategy for your stores. You could work together to develop or curate a collection of lighter fall grilling and party recipes to post on your website, and then parlay that content into multiple communications opportunities using traditional and social media. Dietitians can appear in TV news spots to give healthy tailgating tips and demonstrate recipes, post links to the content on their Facebook and Twitter feeds, and feature it in their blogs.