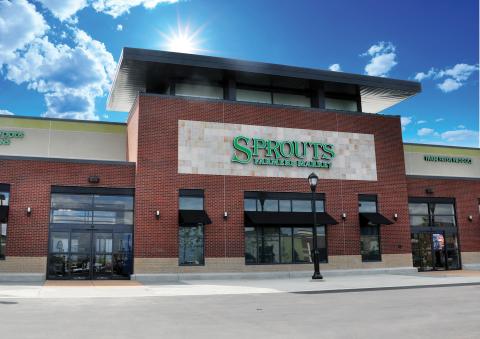 During the third quarter of 2019, Sprouts opened nine new stores resulting in a total footprint of 335 stores in 21 states.

Sprouts Farmers Market is looking to accelerate growth in 2020 by overhauling its brand strategy, modifying its store footprint, and rebalancing investments in pricing and promotions.

Just a few months after being named CEO, Jack Sinclair says the company is moving in the right direction but will put in place some new initiatives to accelerate long-term growth and value creation.

“We have the opportunity to build one of the strongest grocery brands in the United States by making healthy eating affordable to all, through improved marketing efforts,” Sinclair said during the company’s third quarter earnings call. “Our customers should know our product that is far superior to compare to our competitors.”

Sinclair said the Sprouts brand is differentiated and has salience for both existing and potential customers, and that the retailer's "private label focus continues to grow with significant future expansion available." But, “we are not telling the brand story to the best of our ability,” he said, citing multiple lines of store brand products. To fix this, the retailer plans to build a “cohesive private label brand,” streamlining and improving communication to customers that maximize the Sprouts position as the affordable, healthy living grocer.

“The size of our store prototype has increased slightly over the last few years,” Sinclair said. “But the cost to build has increased significantly. And our smaller stores tend to be more productive than our larger stores. Our fresh sales distribution works effectively where we have density, where we don’t, it is suboptimal, which creates shrink and cost inefficiency.”

In the battle of grocery delivery versus. grocery pickup, Sprouts says the company will continue to offer both, even though shoppers seem to prefer delivery.

“We’re not going to stop to click and collect. There’s customers who are going to want that service. It doesn’t cost us a lot of extra money to do that service,” Sinclair said. “We do six times on the delivery side than we do on click and collect right now. But we’re still going to offer that service and we’ll grow as the online costumer grows up.”

To wit, Sprouts home delivery sales were up more than 200% during the third quarter, and a significant amount of online business came from repeat customers.

Sprouts said traffic was down slightly during the quarter but basket was up.

During the third quarter of 2019, Sprouts opened nine new stores resulting in a total footprint of 335 stores in 21 states.

Phoenix-based Sprouts employs more than 30,000 associates and operates 335 stores in 21 states. The company is No. 22 on Progressive Grocer’s 2019 Super 50 list of the top grocers in the United States.