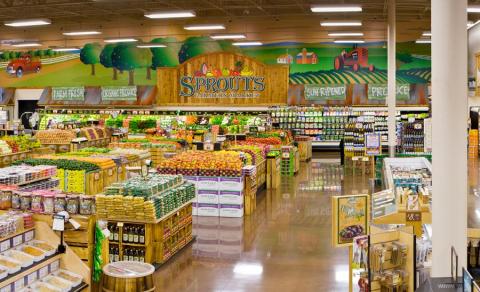 Amid the coronavirus pandemic, some retailers are choosing to close their doors and many grocers are altering their hours to allow additional time to restock shelves and deep clean locations. COVID-19, however, has also hindered the new retail locations set to open in the coming weeks.

Sprouts Farmers Market will no longer open its Silverdale and Seattle, Wash., stores, the former scheduled to debut March 18 and the latter on April 15.

"Due to the recent developments of COVID-19 in Washington state and the surrounding counties, Sprouts has postponed the opening of its Silverdale and Seattle stores," the grocer posted on its website. "The health and safety of our team members and shoppers is always our first priority, and we are actively monitoring local developments to determine the most appropriate next steps."

Beyond the grocery industry, New York-based skin care and beauty company Glossier has closed all its permanent and temporary retail locations, along with delaying the opening of Glossier Arizona, which was scheduled for March 18.

"To everyone reading: We’re not alarmists, we’re realists. While this may not be the right decision for every company, it’s the one where we feel we can make an impact," wrote Glossier founder and CEO Emily Weiss in a blog post. "To fellow business owners, remember your core values during this time — this is when they matter most. To our customers and community, remember the power of adaptability."

Patagonia, Nike, Urban Outfitters, Abercrombie & Fitch, and Disney are just a handful of the other retailers that decided to close their doors temporarily, with the list growing longer each day.

Grocers are playing a pivotal role as Americans are spending more time in their homes, and some cities and states — such as Illinois, Ohio and California — are closing all dine-in portions of restaurants.

To keep up with increased demand, supermarkets are making changes to their hours of operation.

For instance, Publix Super Markets posted on Twitter that all of its stores will now close at 8 p.m. until further notice "to better serve our customers, give our store teams time to conduct additional preventive sanitation and restock product on our shelves."

As for Walmart Inc.,  the mega-retailer's 24-hour locations will reduce their shopping time to 6 a.m. to 11 p.m., with other Walmart stores seeing earlier closes or later opens as well.

The list of grocers making these such moves — Kroger, Aldi, H-E-B, Giant Eagle and more — continues to grow.

Phoenix-based Sprouts employs more than 30,000 associates and operates 335 stores in 21 states. The company is No. 22 on Progressive Grocer’s 2019 Super 50 list of the top grocers in the United States. Publix, Walmart, Kroger, Aldi, H-E-B and Giant Eagle are also on the Super 50 list.