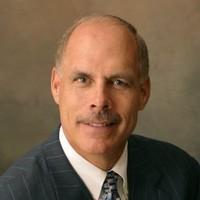 Dave Hirz, president and CEO, addressed racism in a letter this week.

Smart & Final CEO Dave Hirz wrote a letter this week to his customers and communities during what he called a "difficult and divisive time" after the killings of George Floyd, Breonna Taylor, Ahmaud Arbery and others.

In the letter, Hirz said that Smart & Final is donating $100,000 to the educational arm of the NAACP Legal Defense and Educational Fund, an organization advocating for racial justice. The grocer is also committing to "taking a hard look at ourselves internally and determining where we can do better." Smart & Final's Diversity & Inclusion Committee will be tasked with educating associates on racial issues and ensuring they are properly serving their Black Smart & Final associates and customers, according to Hirz

"It’s important that we all continue to speak out about injustice. But merely speaking out is not enough," the note read. "We must all step up to fight for equality and determine what role we can play in a more just society that works to end the systemic racism in our country moving forward."

Hirz also thanked his teams for their around-the-clock efforts to keep stores safe, open, and ready to serve our communities – including all of the neighborhoods in which Smart & Final stores were damaged and looted during recent riots.

"I’ve been fortunate to be a part of this Smart & Final family for the last ten years, and during that time I’ve seen inspiring acts of kindness, tremendous care for our communities, and – particularly in the last few months – incredible efforts to keep one another safe. One of our core values is Respect. Racism has no place in our company, in our stores, or in our lives."

Commerce, Calif.-based Smart & Final operates 255 locations, including larger-format stores, Smart & Final Extra!, which combine a warehouse-store format with traditional grocery offerings. All of the chain’s stores sell groceries and household essentials in both bulk and individual sizes without a membership fee. The company is No. 57 on The PG 100, Progressive Grocer's list of the top food retailers in North America.