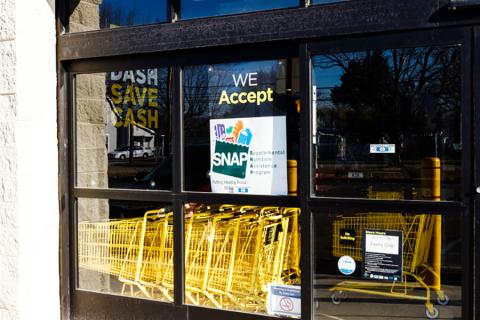 Food retailers are worried about maintaining the confidentiality of store-level SNAP redemption data, prompting FMI to appeal a case on the issue to the U.S. Supreme Court

Describing it as “a case that has far-reaching implications when it comes to your confidential commercial information,” Arlington, Va.-based FMI explained on its website that it “is a named party in the case because we ardently believe in defending our industry’s right to compete on a level playing field and its ability to serve a customer base as diverse as the nation’s palate.”

Argus Leader, a South Dakota newspaper owned by Gannett, originally filed the lawsuit in 2011 against the U.S. Department of Agriculture, arguing that taxpayers have a right to know where government dollars are spent. FMI intervened in the case on appeal to argue that store-level SNAP redemption data constitutes confidential commercial information, and is therefore exempt from disclosure under FOIA.

While FMI and its members don’t disagree with that general proposition, the organization noted that food retailers have expressed concern about the release of individualized, highly granular information, which says less about how and where government money is spent than on the specific competitive position of particular stores and companies. In particular, larger U.S. players are apprehensive about international online operators without existing U.S. stores gaining access to this confidential sales data, and smaller companies are worried about larger U.S. competitors receiving the data.

“Store-level sales data from SNAP or any other transaction is confidential information,” said Peter Larkin, president and CEO of the Arlington-based National Grocers Association (NGA), which represents the independent supermarket industry. “NGA has long maintained that a retailer’s SNAP store data should remain private, as the data contains confidential store sales information that could be used by competitors to target and harm local, community-based supermarkets. The supermarket industry is highly competitive, and any public disclosure of this sales information could give competitors an unfair advantage, particularly over many small and medium-size grocers, as well as stigmatize stores that serve low income communities.”

In 2016, Larkin testified on behalf of USDA as a supermarket expert and representative of the independent supermarket industry. A year later, NGA filed an amicus brief in FMI’s appeal of the district court’s ruling in favor of Argus Leader.

Arguing on behalf of FMI, the petitioner, was Evan A. Young, Esq., of Austin, Texas, supported by Anthony A. Yang, assistant to the solicitor general of the Department of Justice, for the United States, as amicus curiae. Robert M. Loeb, Esq., of Washington, D.C., appeared on behalf of the respondent, Argus Leader. A decision is expected this summer.