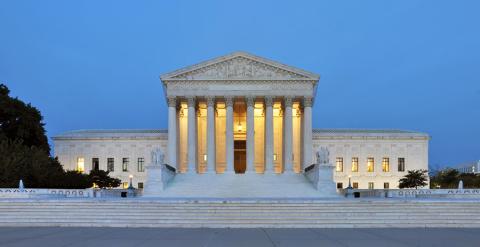 The case of Food Marketing Institute versus Argus Leader Media is going to the U.S. Supreme Court

The U.S. Supreme Court will hear oral arguments on April 22 in Food Marketing Institute versus Argus Leader Media, a case that will determine whether Exemption 4 to the Freedom of Information Act (FOIA) protects store-level Supplemental Nutrition Assistance Program (SNAP) redemption data from mandatory disclosure. A decision is expected this summer.

“FMI intervened in this case on appeal to argue that store-level SNAP redemption data constitutes confidential business information, and is therefore exempt from disclosure under FOIA,” explained Jennifer Hatcher, the organization’s chief public policy officer and SVP, government and public affairs. “We support FOIA and believe it is an important law that should be interpreted as written, but FOIA was not intended to open the books to a store’s confidential business information or impede the competitive landscape.”

According to Argus Leader, a Gannett-owned newspaper in Sioux Falls, S.D., taxpayers have a right to know where government dollars are spent. While FMI and its members don’t dispute that idea in general, their argument is that food retailers of all sizes and geographic locations are apprehensive about the release of this individualized, highly granular information, which reveals less about how and where government money is spent than about the specific competitive position of particular stores and companies, which, in the case of smaller companies, could be accessed by larger U.S. competitors, while larger U.S. grocers worry that international online operators without existing U.S. stores could obtain this confidential sales data.

“A substantial amount of SNAP data is already disclosed by month, state, county and year," noted Hatcher. “The opposition argues the information should be disclosed with even greater granularity, down to the store level.  Doing so would compromise years of work and research to site particular stores and provide an unfair competitive advantage to competitors who do not have brick-and-mortar stores in the area.”

She added: “Once confidential business information such as this is made available, it sets a dangerous precedent and has the potential to upset the free market, giving competitors unfair and unequal access to competitive business data.”

“Their support demonstrates the extent to which this case extends well beyond SNAP sales data in grocery – it’s about how the courts determine that which constitutes confidential commercial information,” wrote Sarasin.

The Court revealed in January that it would hear the case.