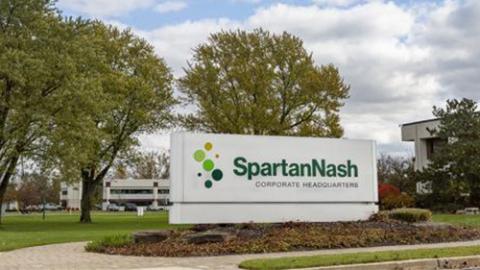 A healthy retail segment helped boost third-quarter net sales for SpartanNash, which saw growth of 6% for the 12 weeks ending Oct. 5.

Overall, net sales rose to $2 billion from $1.89 billion for the Midwestern grocery operator, with comparable store sales up a scant 0.1%.

The company credited the net sales increase to incremental volume resulting from the acquisition of Martin’s Super Markets, which was completed Dec. 31, 2018, as well as higher sales within the food distribution segment, prior to the elimination of the intercompany sales for the acquired business.

“We are encouraged to have delivered third-quarter profitability and sales growth in line with the guidance we provided in August,” said Dennis Eidson, interim president and CEO since August when David Staples resigned. “Our results were driven by a solid increase in net sales, representing our 14th consecutive quarter of growth, and we are pleased with the return to positive retail comparable store sales. Our team is focused on driving improvements in operational execution and positioning the company to realize profitable growth as we deliver value to our shareholders.”